The best way to play your favourite tabletop games. 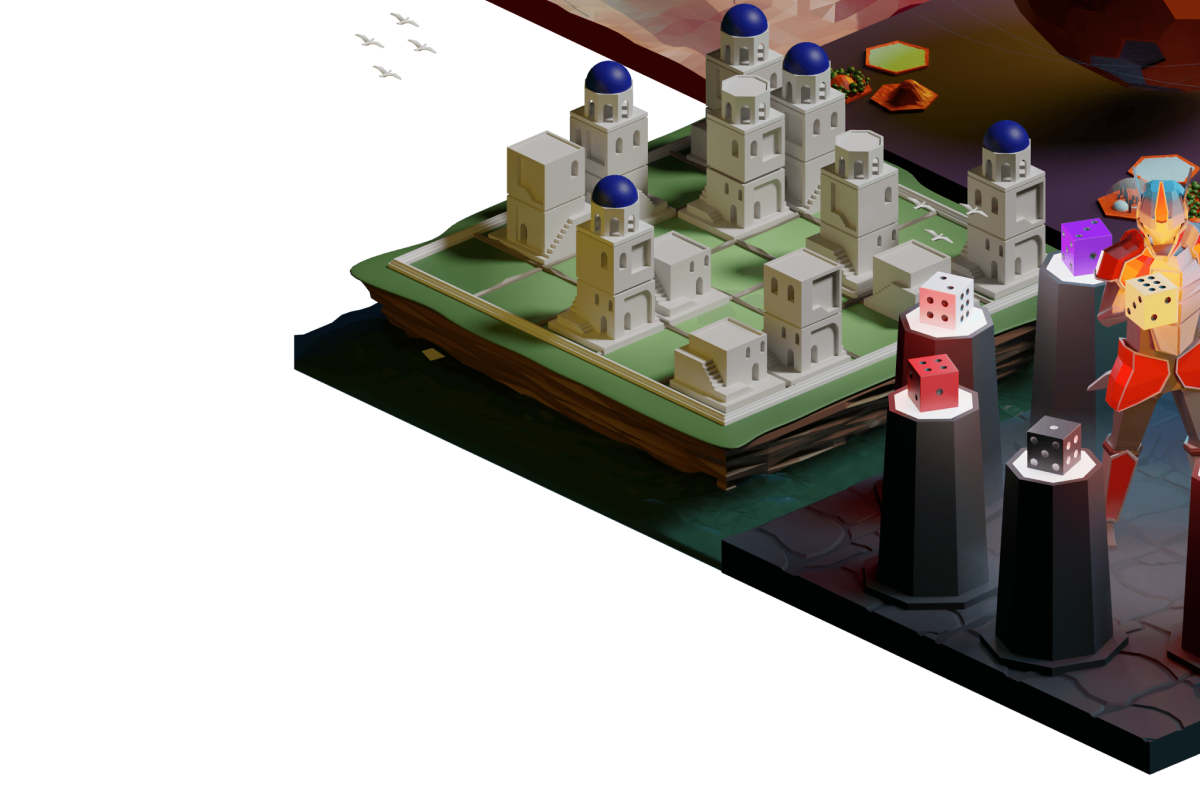 This project started life as a loose idea I had at home, rather than a structured, targeted UX project. For that reason, the case study doesn't follow a traditional UX development workflow or methodology - you won't find customer journeys, personas, and the other expected UX trappings. If you're looking for an example of my work that showcases my UX methodology, this project isn't the best example! Instead, take a look at my work for Tabcorp or ME Bank, which are much more traditional in their structure and application.

As a big fan of board games, I've always had a pet-peeve around how you learn to play them. The old-school instruction manuals made sense back in the '90s when I was first learning to play games, but since then, we've grown up. In modern games, everything you buy is either so intuitive that you don't need instructions or has a companion app or online instructions that walk you through it. While the real high-cost board games have followed suit, most board games still have the manual. I wanted to create a product that bridged the gap, and let players learn to play - and learn to love - their games as quickly as possible.

I wanted to mimic the learning structures that you find in traditional Anki learning, like Duolingo. For that reason, I split each game's manual into multiple small sections.

My hypothesis was that a user would be able to quickly learn the parts of the game that are relevant when they come up, and then move on, returning when they need to learn something more. 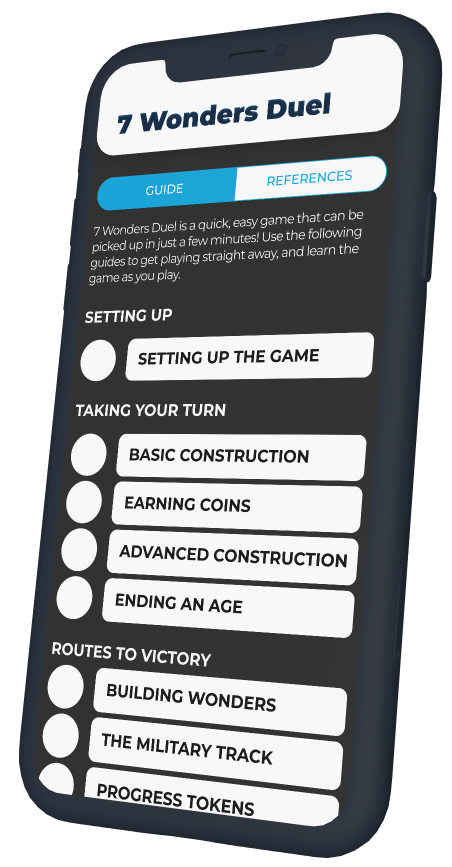 I wanted to mimic the learning structures that you find in traditional Anki learning, like Duolingo. For that reason, I split each game's manual into multiple small sections.

My hypothesis was that a user would be able to quickly learn the parts of the game that are relevant when they come up, and then move on, returning when they need to learn something more. 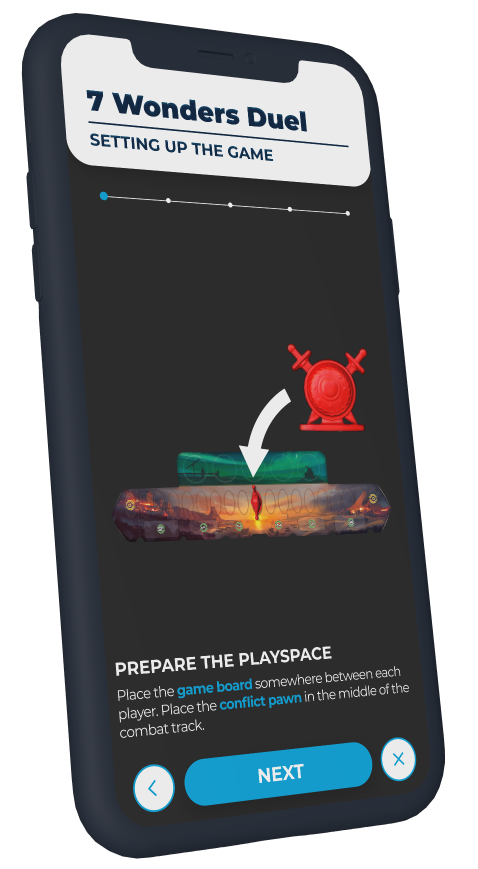 Much of the early exploration into Learn2Play was focused on presenting rules and information to the user. We felt that the success of the product was predicated on how successful we were to help people learn quickly and clearly.

As we didn't have assets directly from manufacturers, we utilized high-resolution scans and PDF's for each game, pulling assets as required. You'll see this process dramatically improves as development continues.

For a product like this, content is king. As you can see above, many of the early guides I wrote contained too much information on a single screen, and simply didn't stick to the promise of quick and simple. This is something I was able to iterate on in the second prototype.

The first prototype used simplified box art of each game to showcase it.

While these little boxes were cute and easy to produce, early feedback repeatedly told me that they weren't exciting and didn't really create any visual interest. 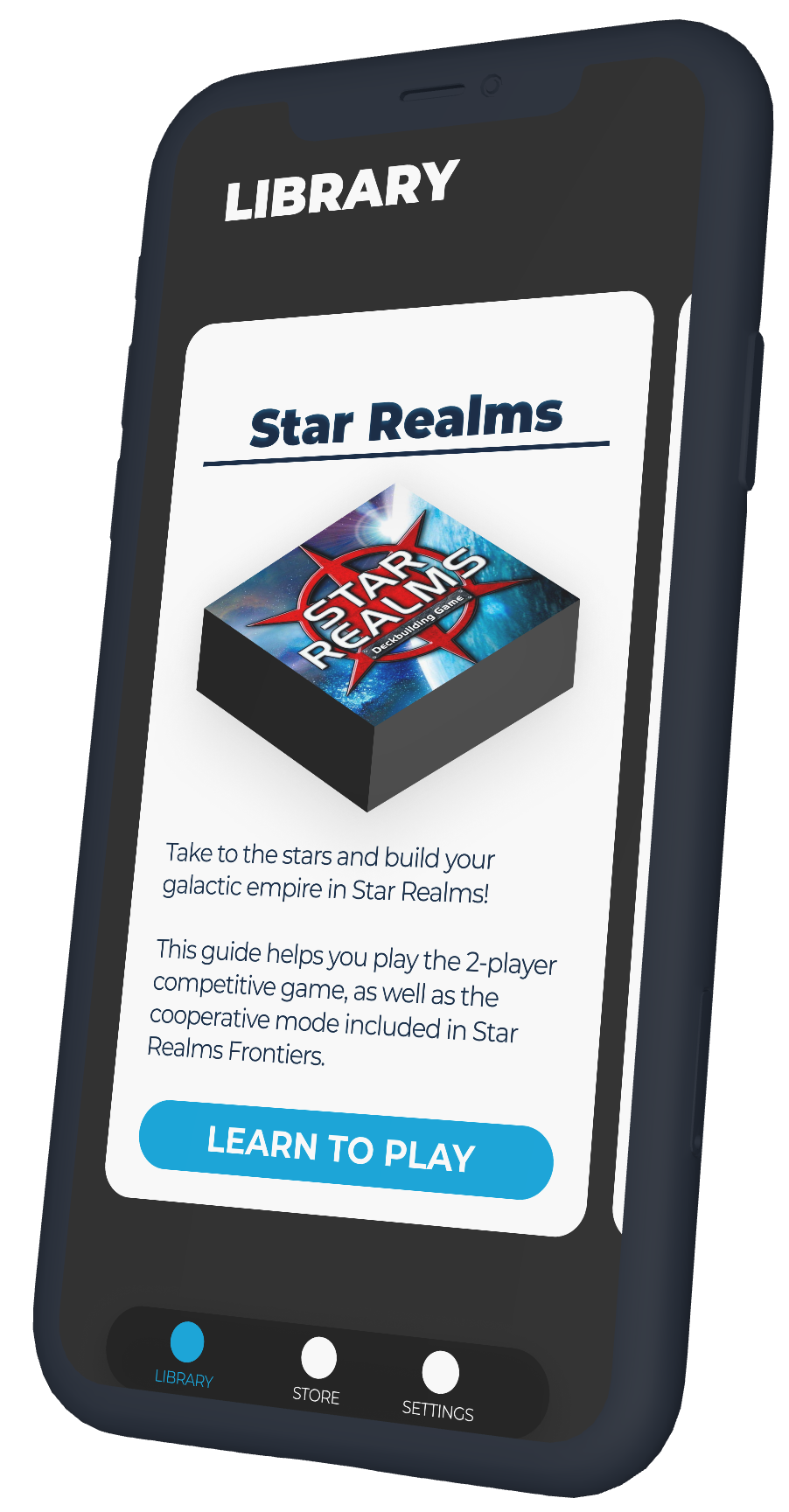 While some games had box art that suited this style well, it generally wasn't visually interesting, and didn't showcase the games well. 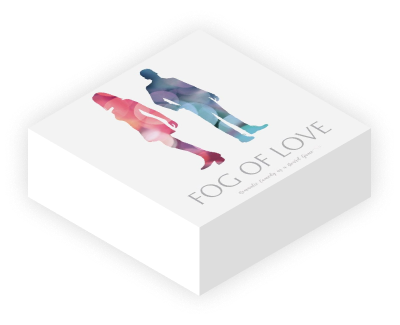 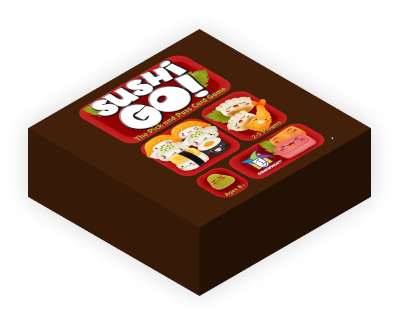 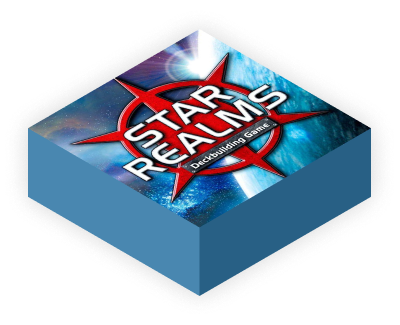 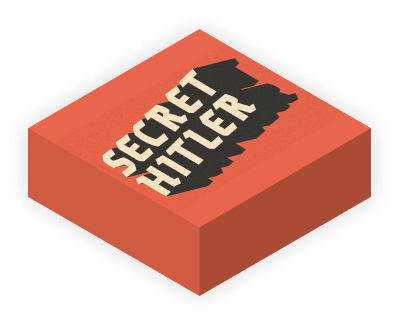 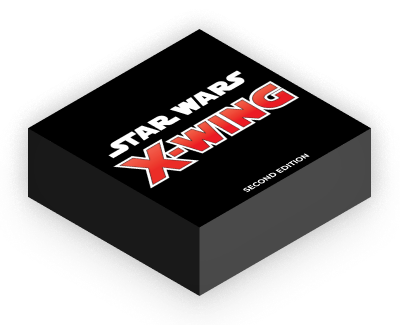 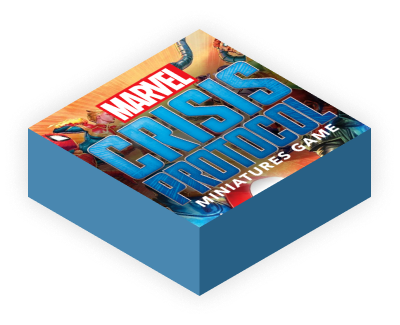 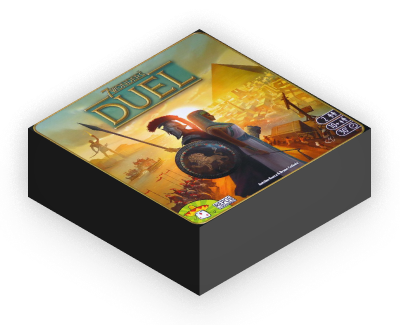 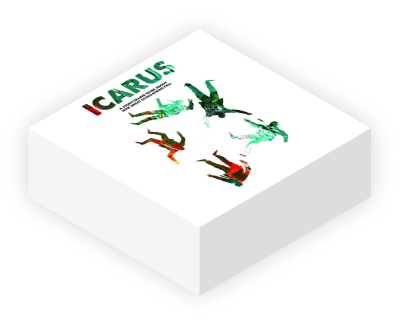 I built the initial prototype as a working Figma demo, with fully functional guides for a number of games. This allowed me to very quickly test with users - I could take this demo to board game shops, send it to game developers, and have it on me at any time.

Although simple, this little prototype helped me gather an immense amount of early feedback, and helped me be sure that the concept had promise.

We tested our prototype the same way any scrappy independant developers would do; we asked our wives to try it. The app was a hit, and we found we were even using it in unironically in our own gaming sessions. We began formulating a plan for developing the app, and taking the user experience to the next level.

Once we started production of the app in earnest, I knew I wanted it to have a strong visual style that really built the excitement and wonder of opening up a new board game. I wanted a visual language that was modern and fresh, but also drew heavily on board game imagery. 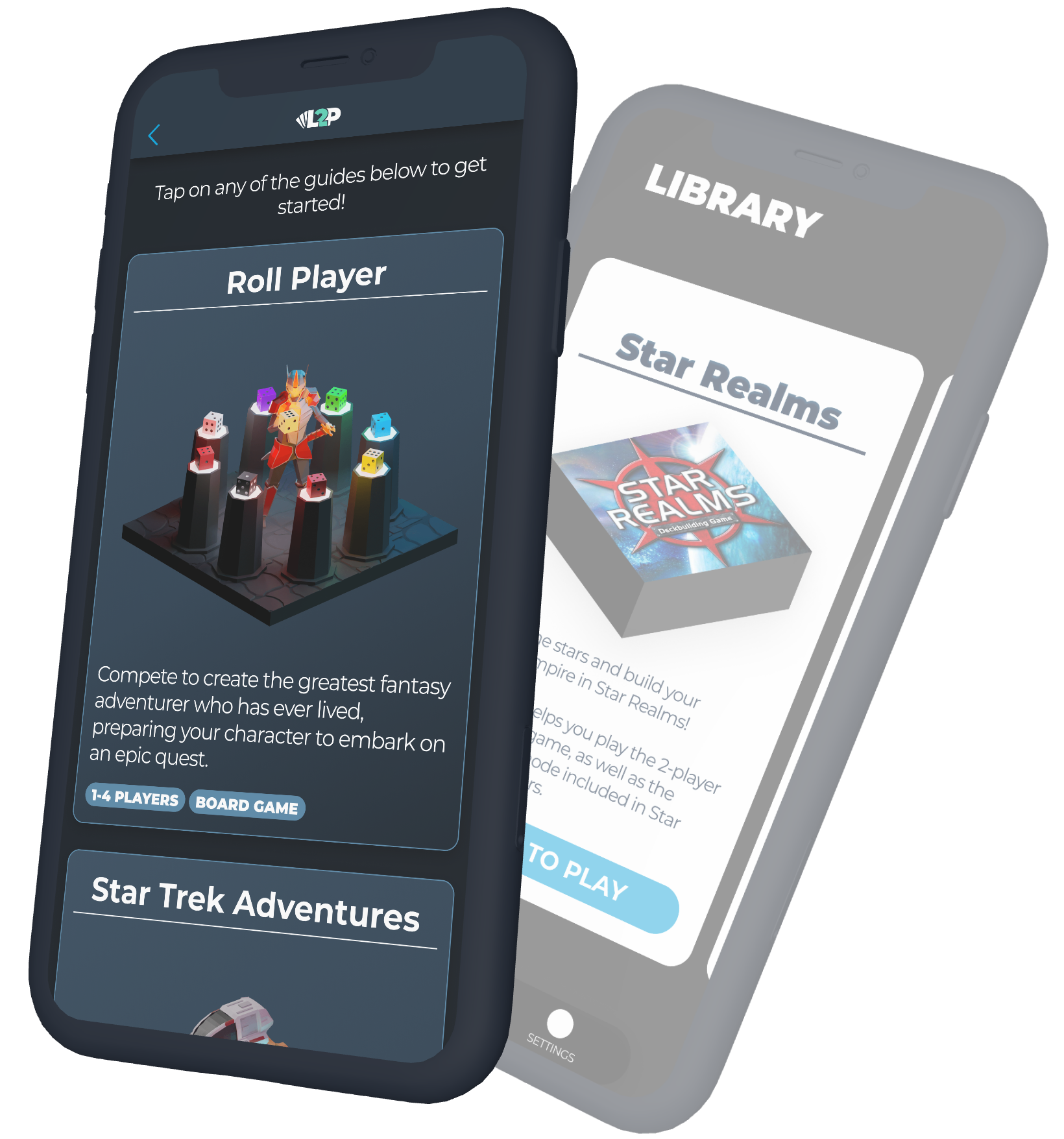 While I'd dabbled in the past, 3D modelling was mostly new to me. As time went by, I picked up new techniques that allowed me to create more interesting and complex images. My focus was to bring the character of each respective game into the artwork. 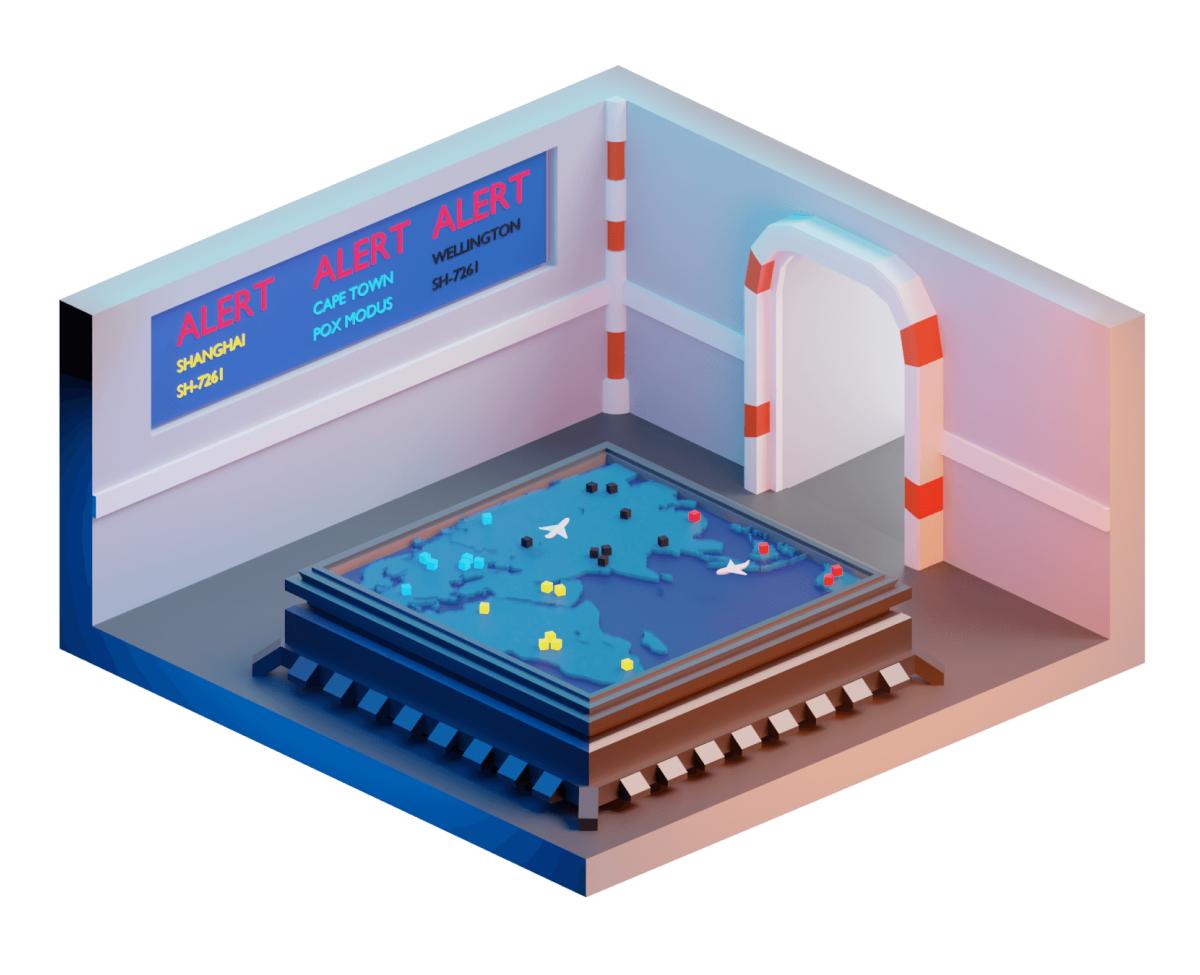 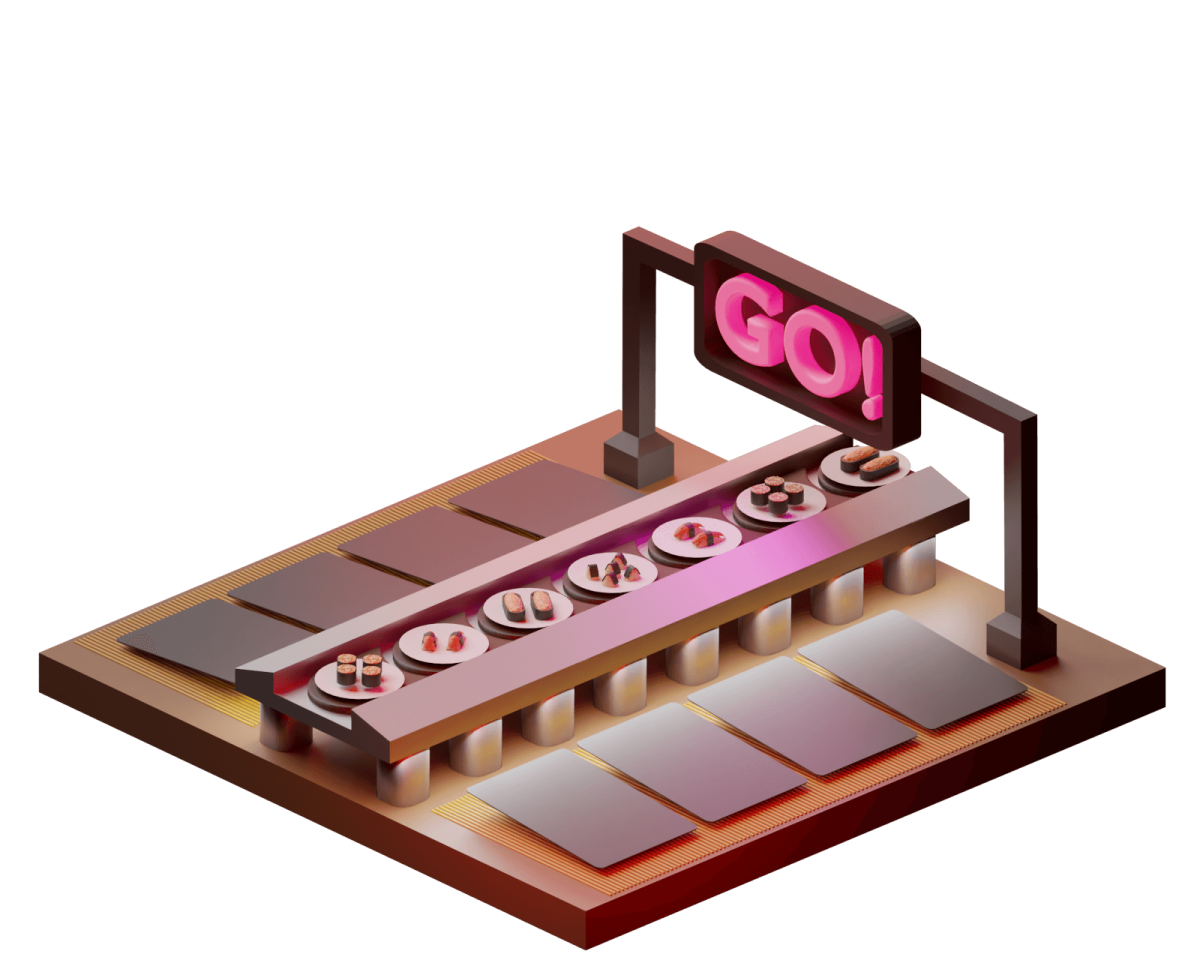 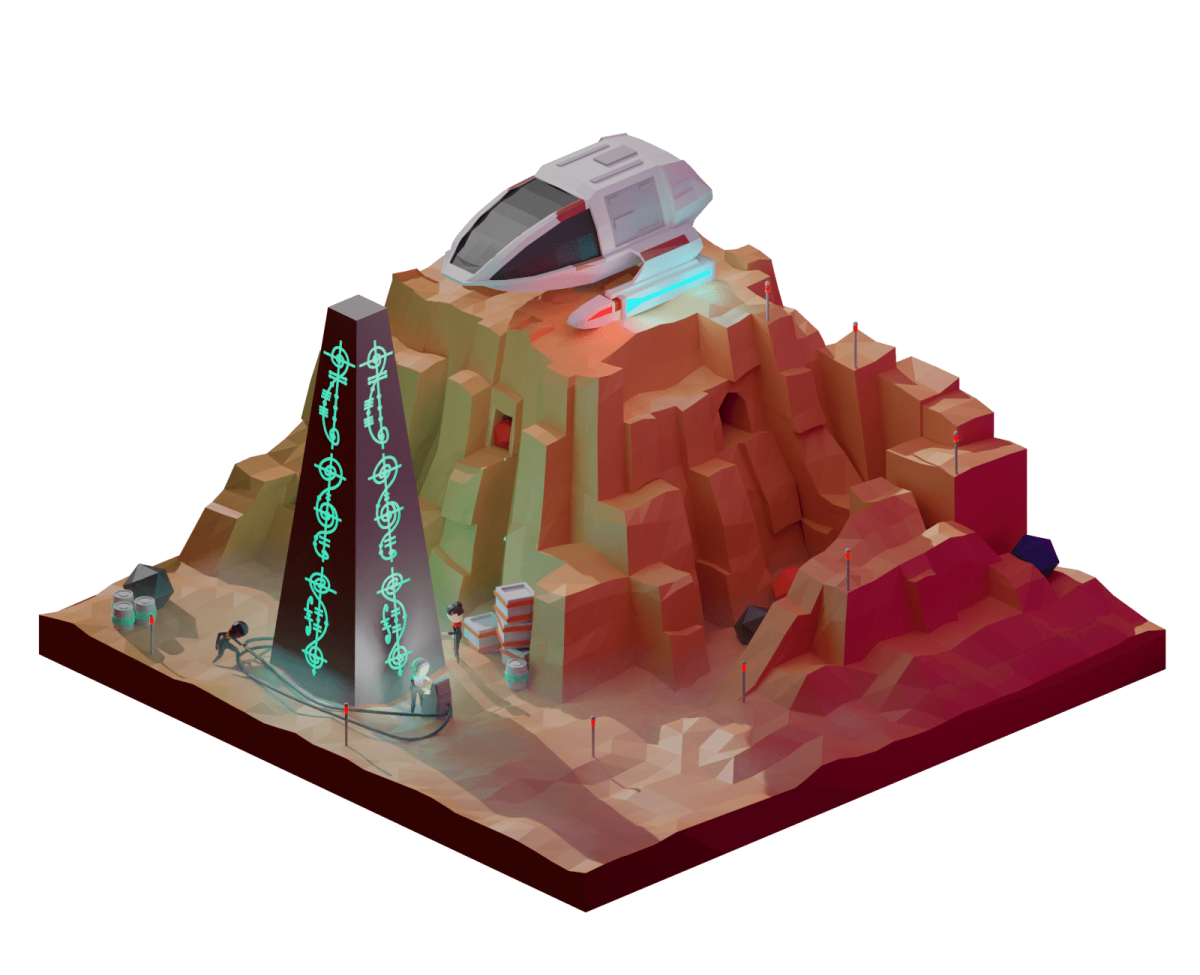 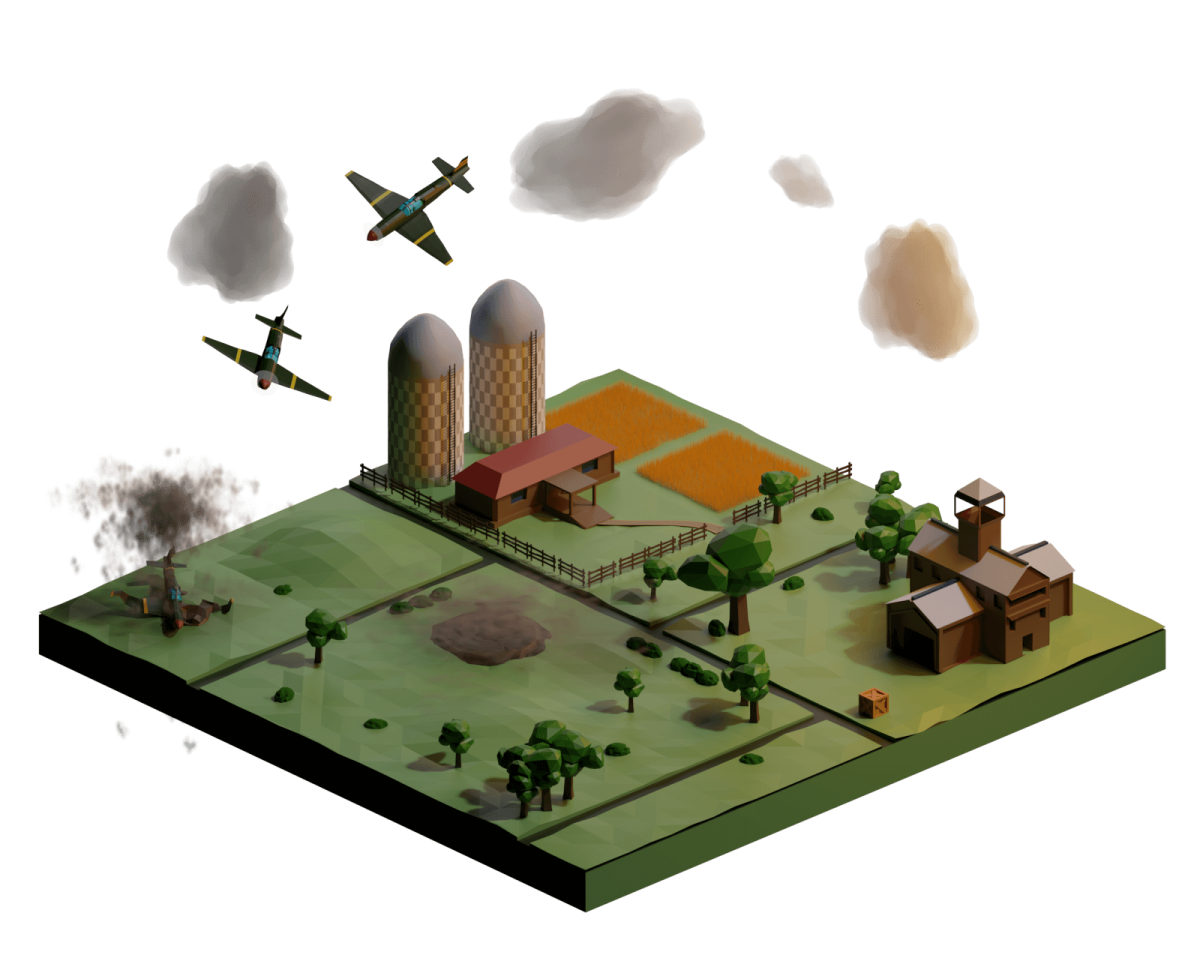 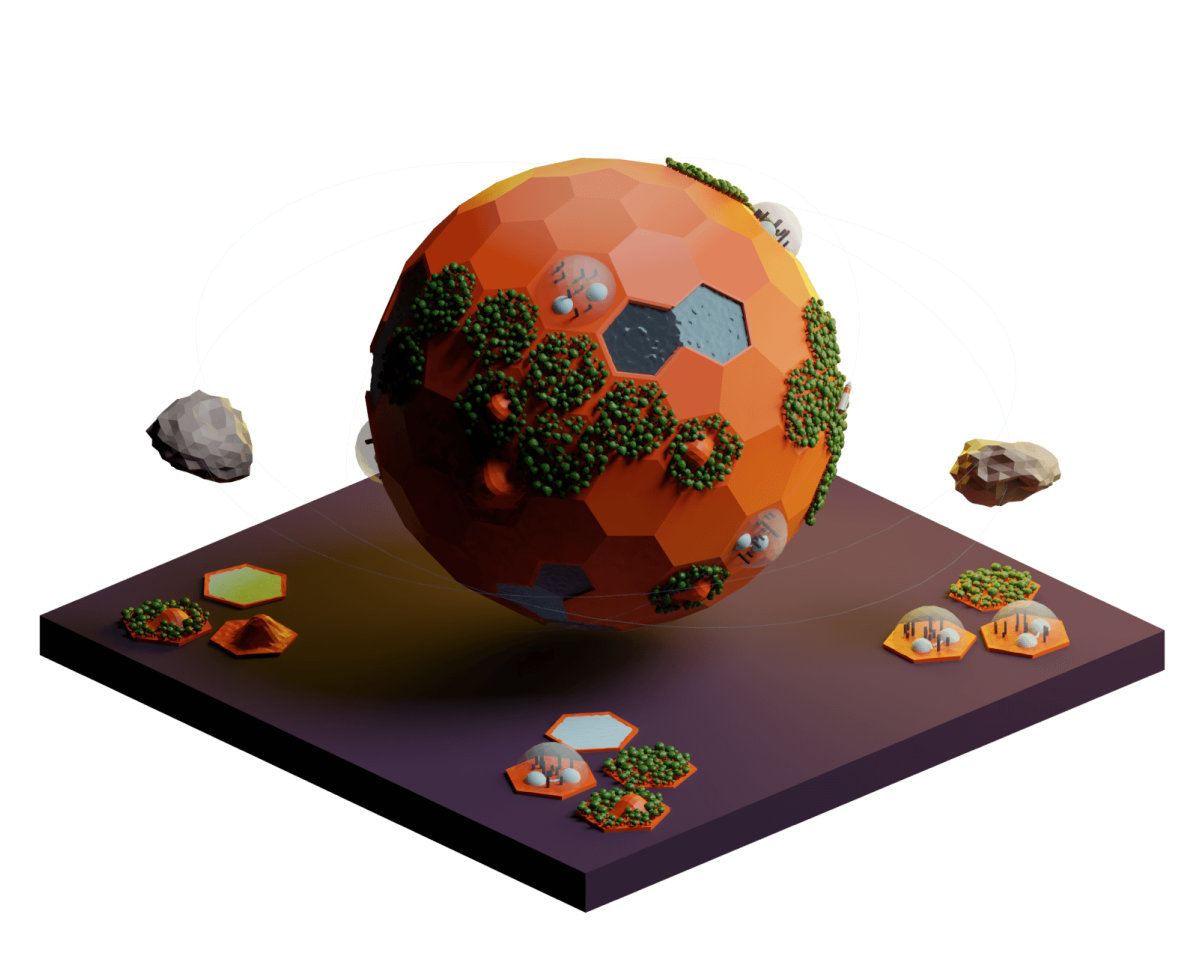 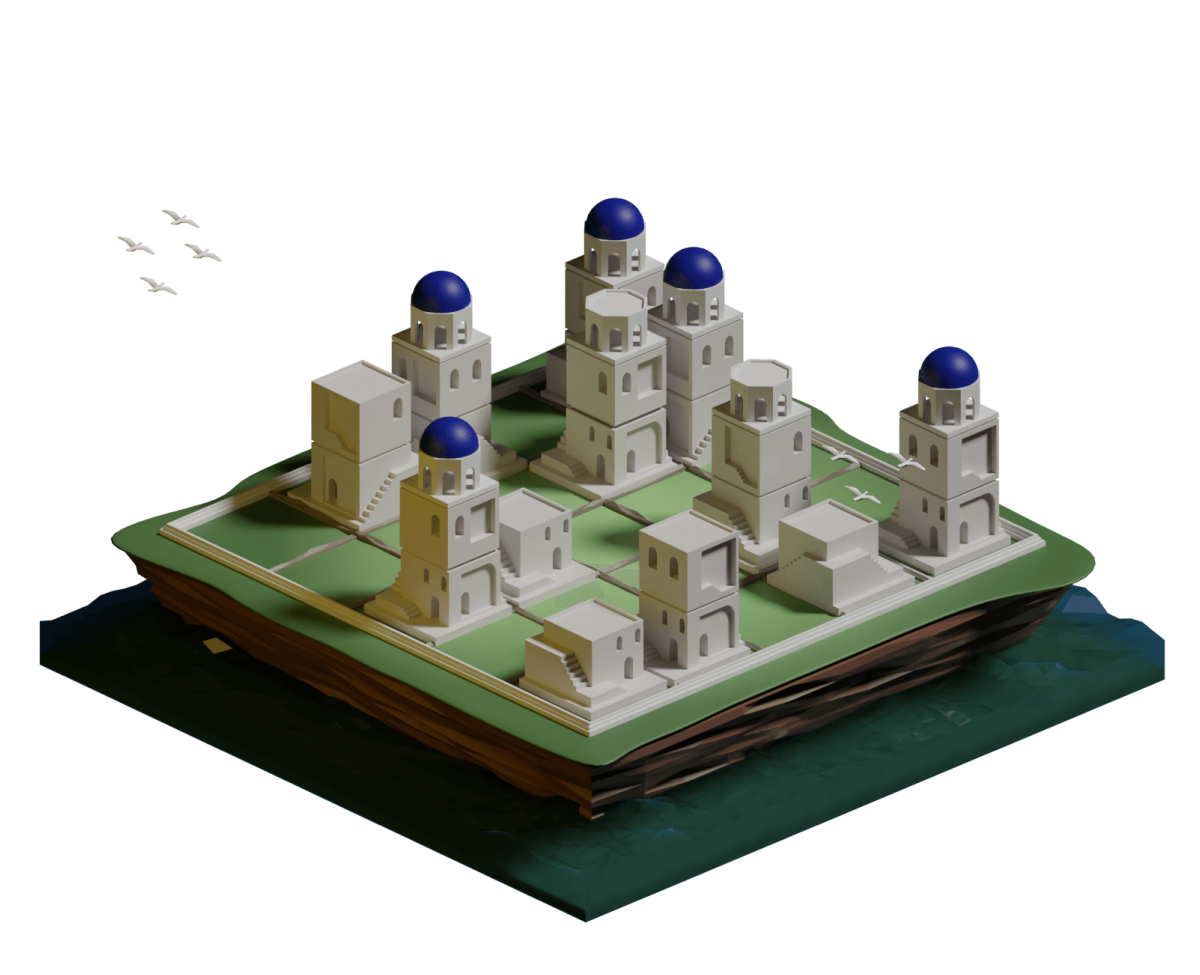 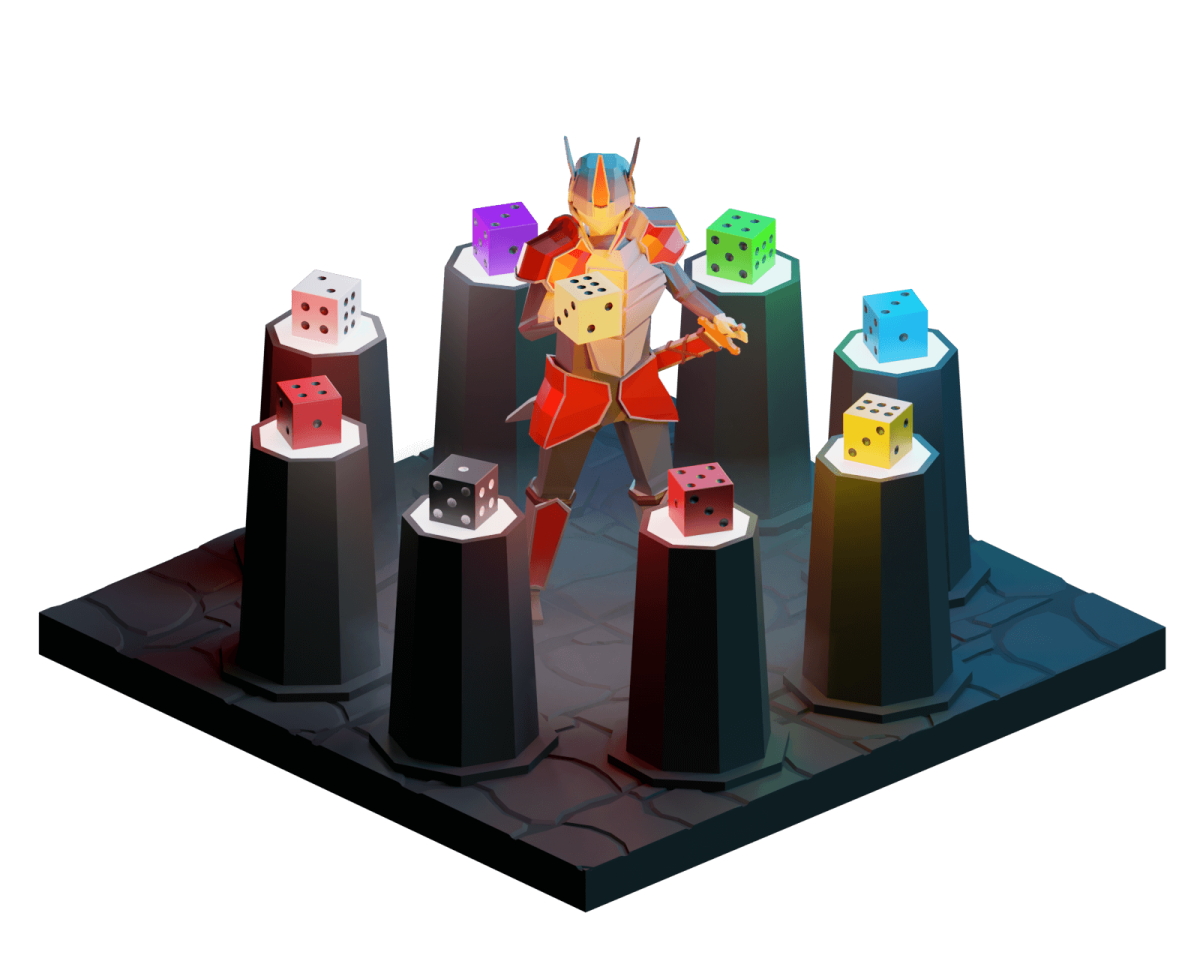 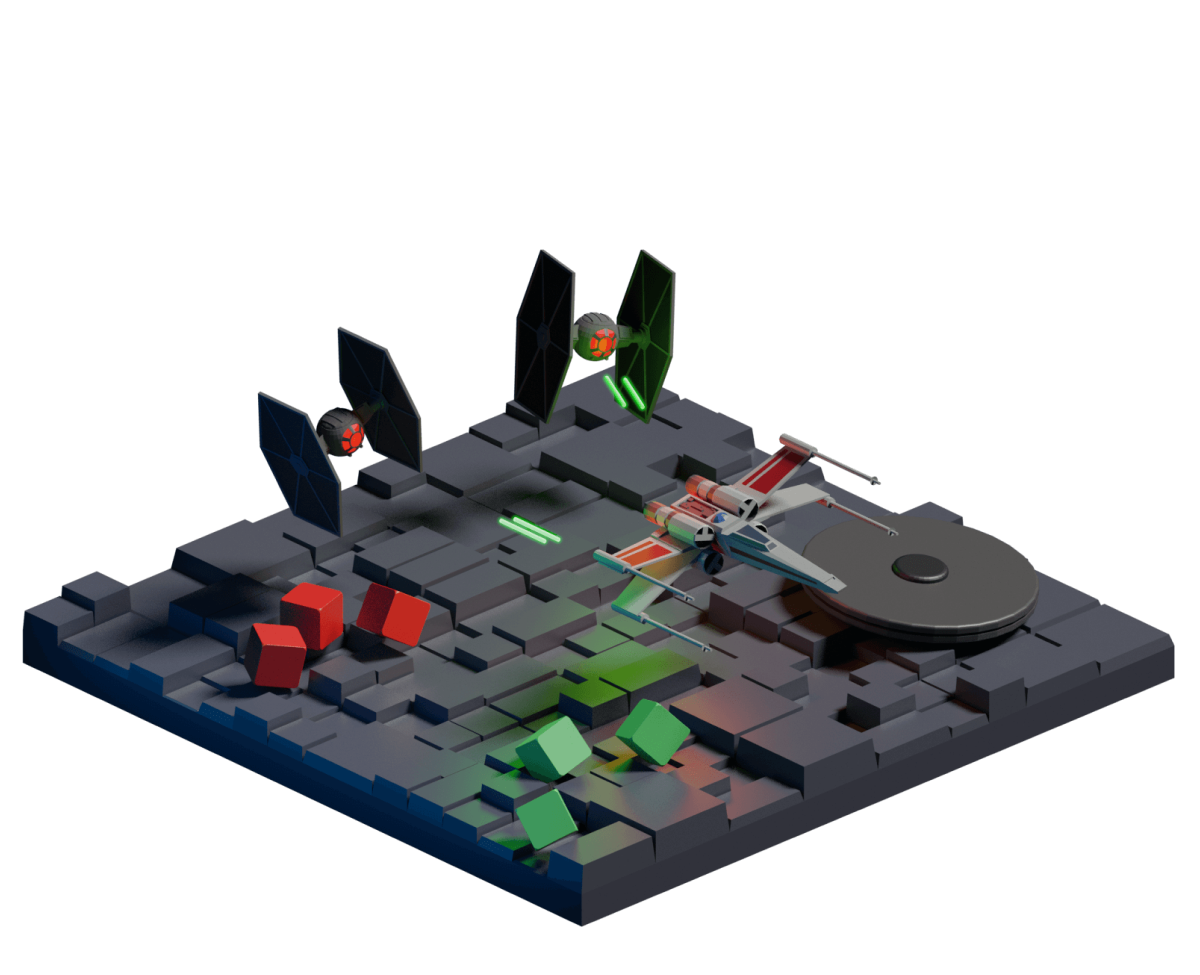 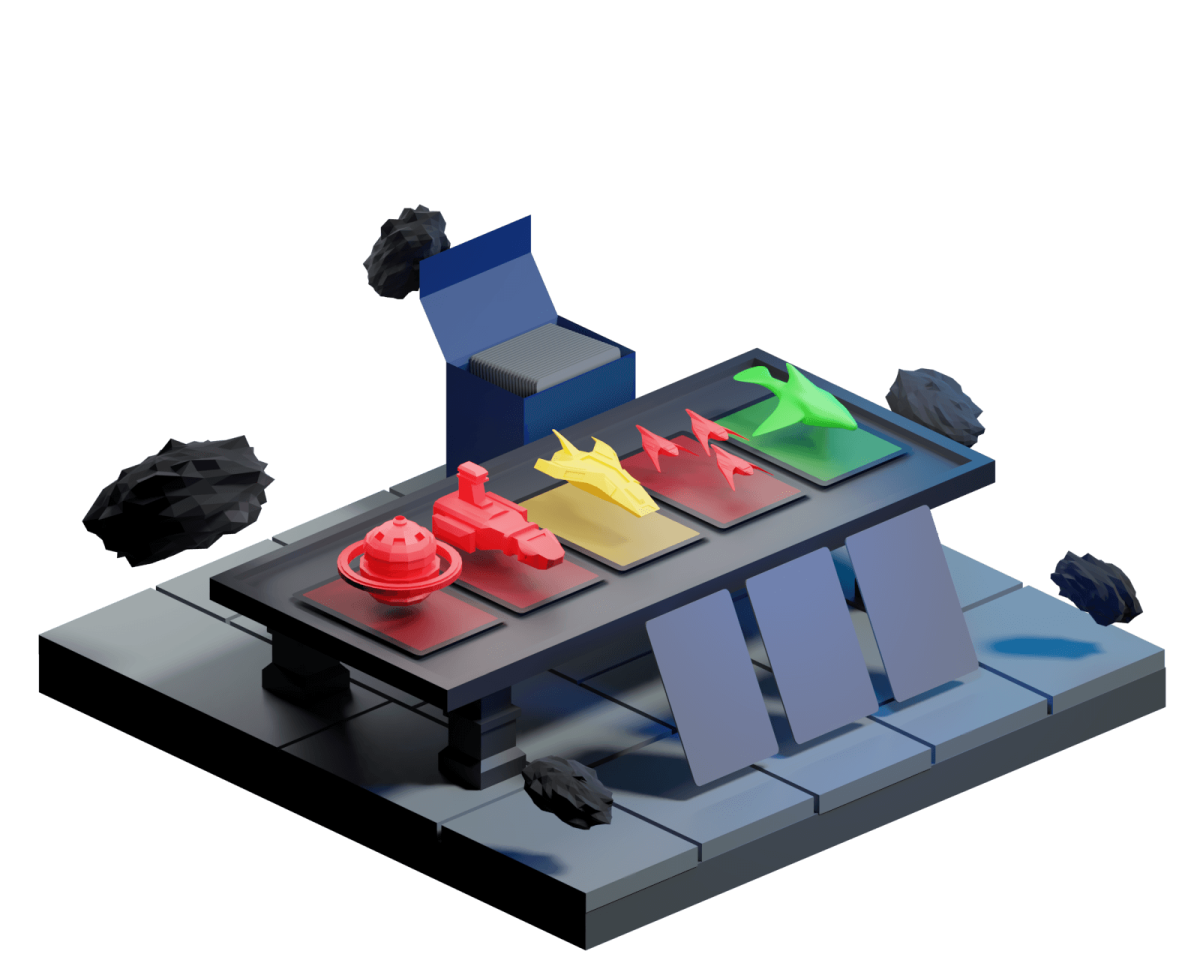 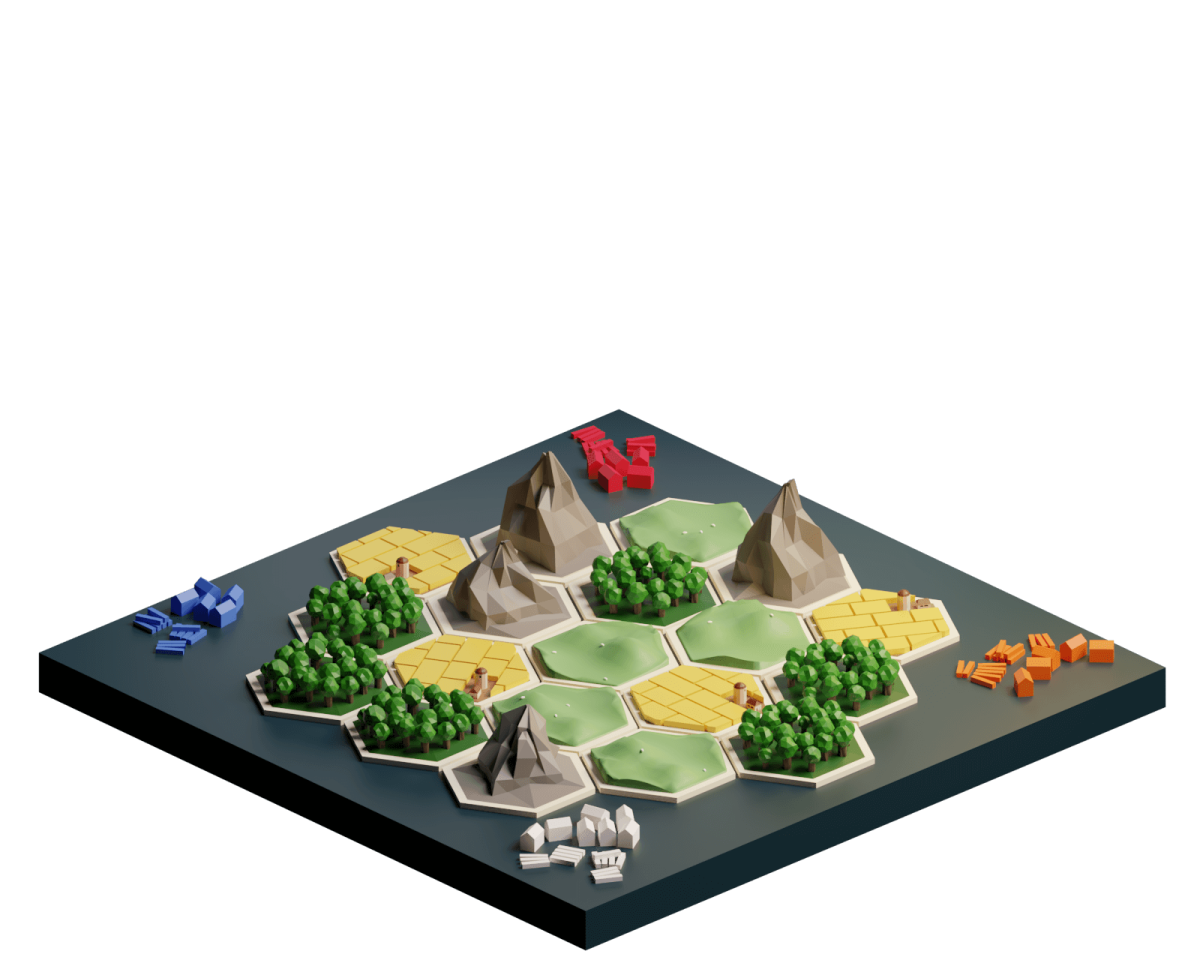 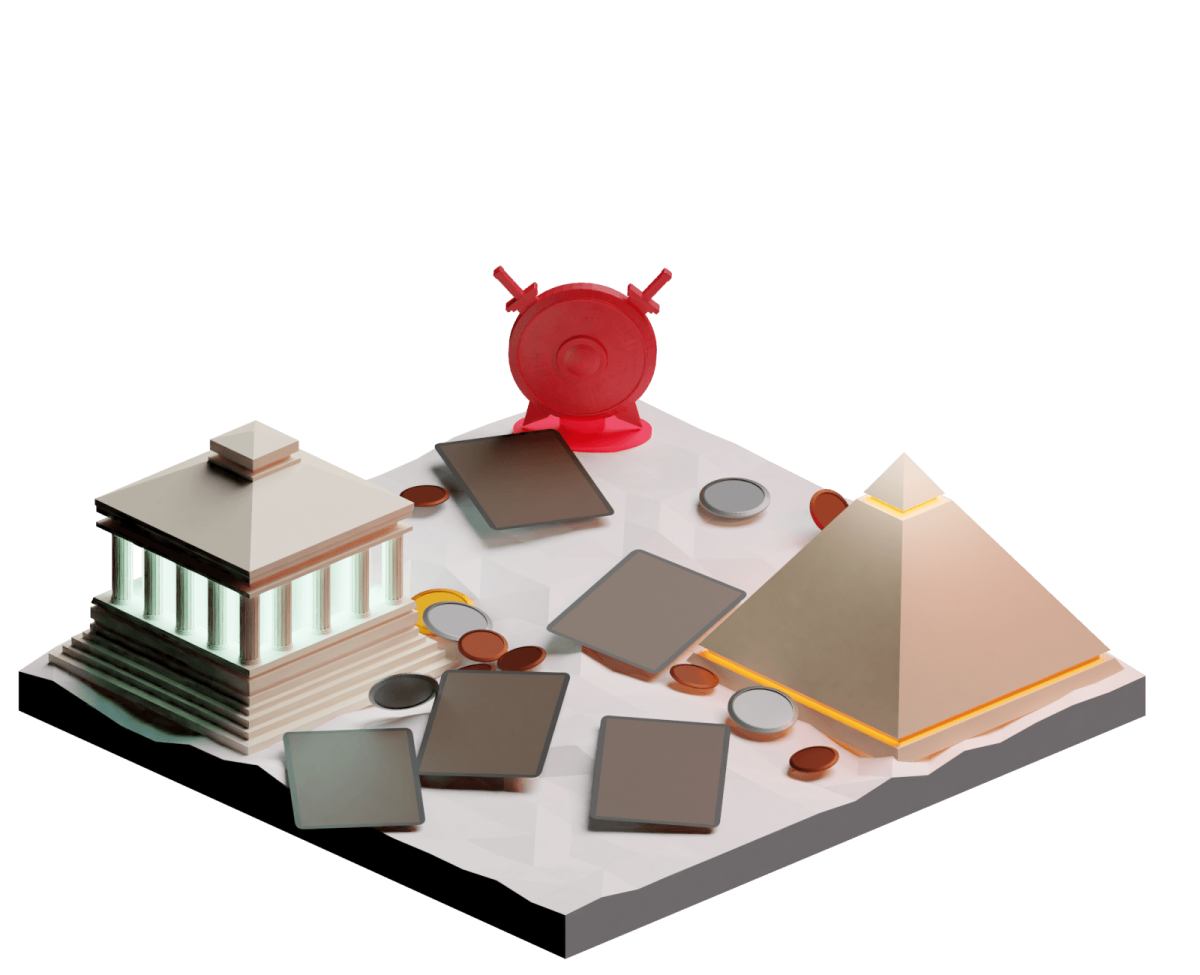 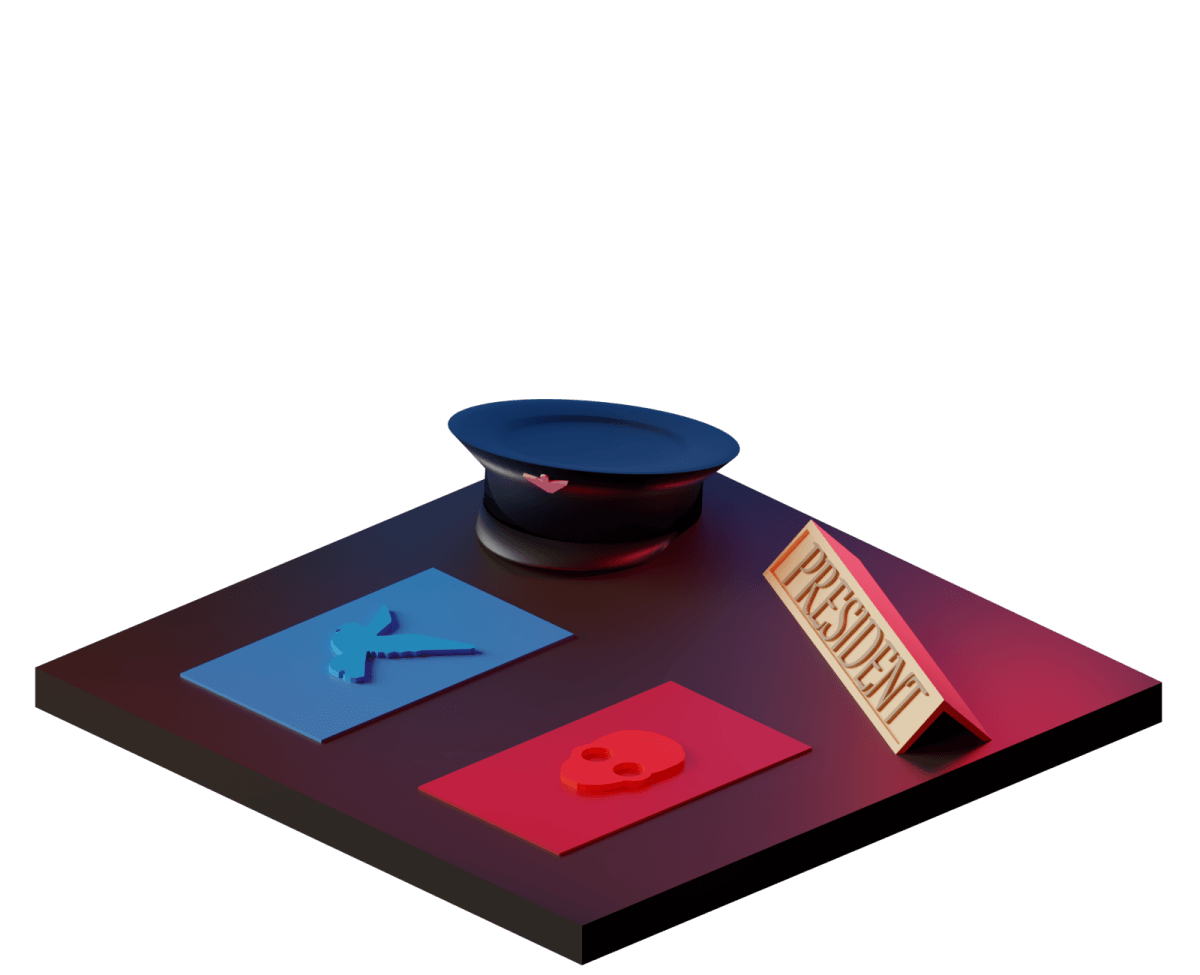 As we were now ready to get serious about development, it was time to upgrade the look and feel of the app.

We wanted something that was simple, ubiquitous, and understated, as we needed it to gel well with whatever game we added into the app. We were also conscious that we might one day offer the app as a white-label service, so the cleaner the design was today, the easier that would be.

Above all though, we needed the app to be a better experience to the instruction manual. For that reason, we prioritized simplicity and ease of use over everything else.

This update also included a number of upgrades to the user journey, including sectioning off different types of content and adding search. 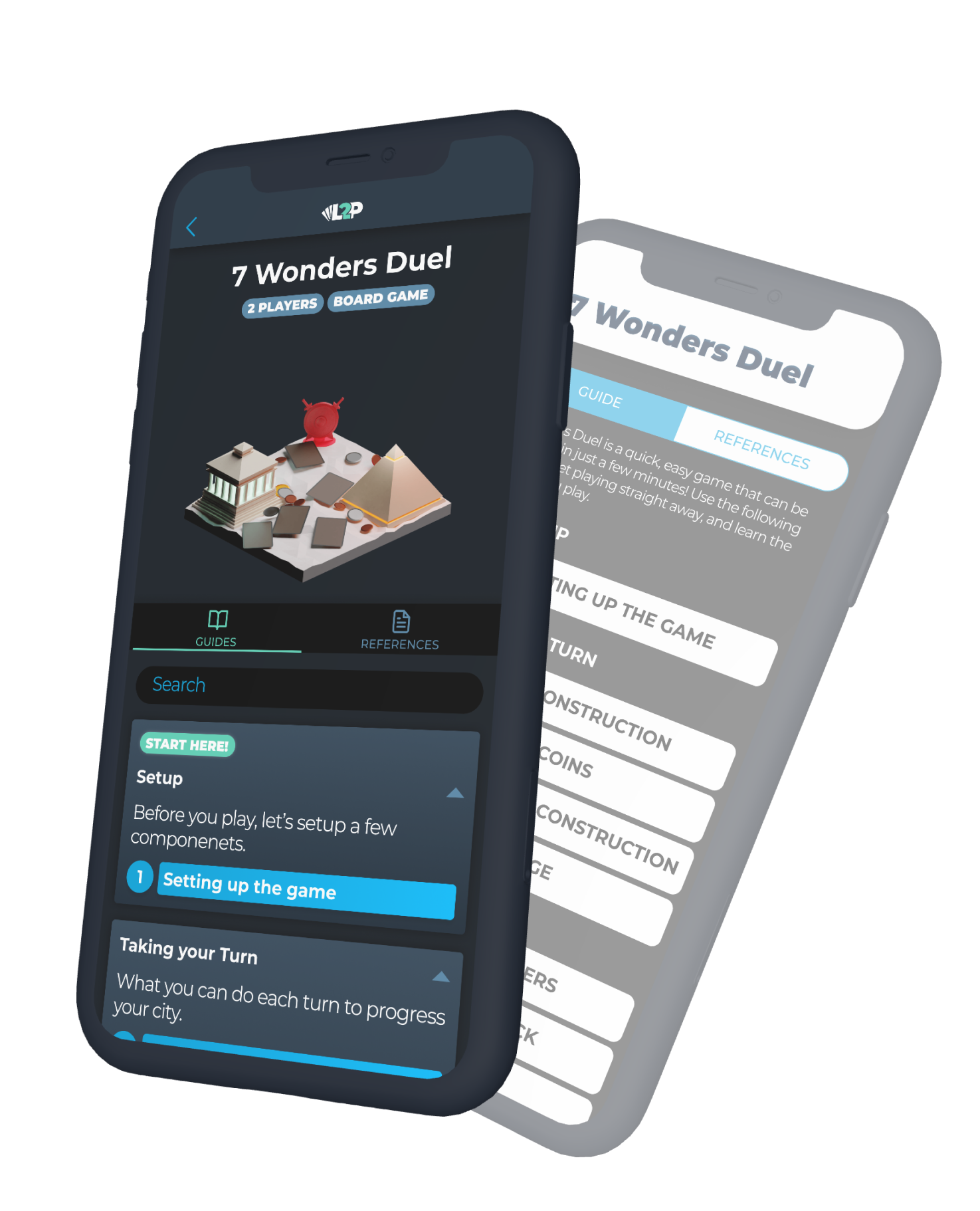 We learned a lot from creating the content for our prototype, and took those lessons to upgrade the look and feel of our instructions. Instead of straight screenshots, we were now using high-resolution digital assets, and each screen has a customized set of graphics built specifically to aid in learning each specific rule or concept.

When testing these new assets, we found that they were far more effective in teaching users concepts of the game, as it's often easier to translate a concept visually rather than through text. 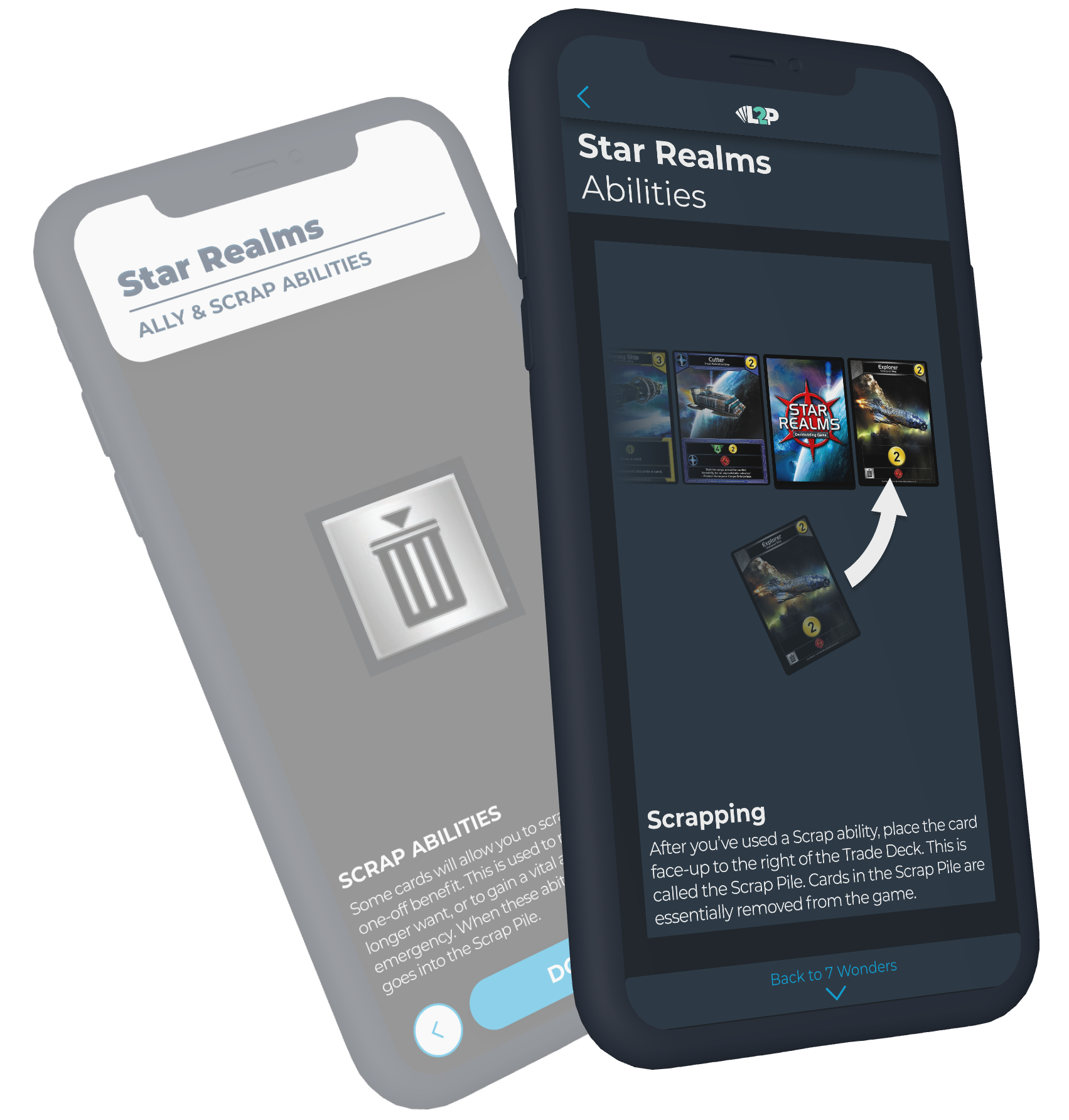 For V2, we spent significant time on the instructional graphics, improving on what's in each game's instruction manual. We fed these graphics into a script that generated each page of the guide, so we could see how the graphics paired with the descriptive text we'd written. The screenshots below are generated automatically, so some of the formatting is a little funky.

With the core product feature complete, we knew it was vital we began testing as soon as possible. We needed to ensure the product was fit for purpose, and that people preferred it over using the instruction manual. Asking our wives wasn't going to do it at this point - we needed to actually talk to our customer.

So that users could discover what Learn2Play was about on their own, I put together a product site that explained the core use of the app. This site also included instructions on signing up for testing, which was essentially it's real purpose. You can actually visit the site, and sign up to test the app, here. 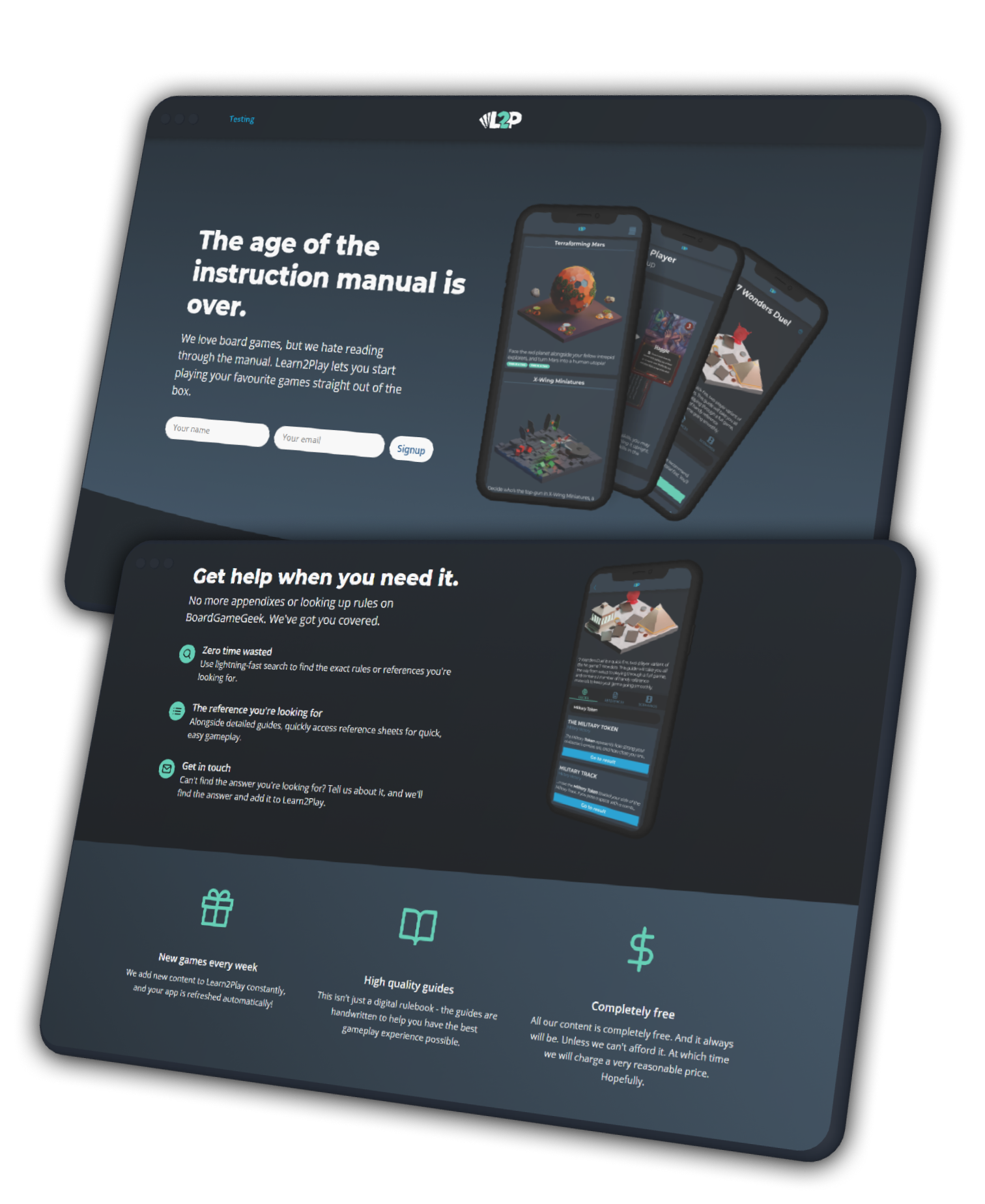 For testing, we also developed an early edition of a tablet UI. This layout allowed us to display much more information on a single screen, and significantly change the navigation structure to more closely simulate how the user might navigate the rulebook. We felt that tablet could be a particularly important platform for us, as it would allow players to share Learn2Play at the table by passing a tablet around. 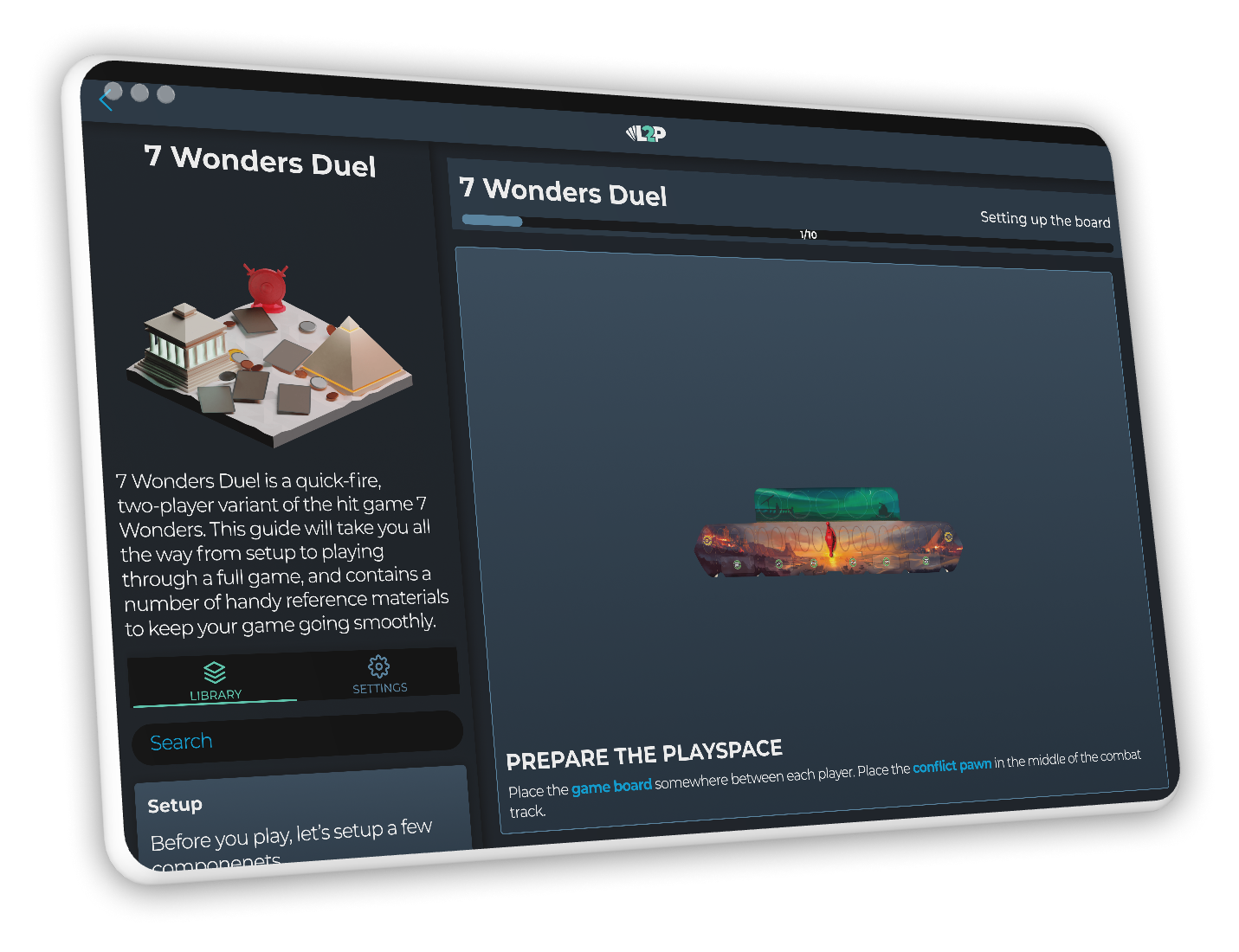 Learn2Play is still in development today, as we continue to test the app with our customers and make improvements. As a team of two, progress is always slower than we'd like, but this case study will stay up to date as we develop new features.

If you'd like to assist in the development of Learn2Play, or you'd just like to learn more about it, please feel free to get in touch! In particular, we're always looking for new users to test the app.
Return to UX Case Studies