A 3 minute lottery with room to grow 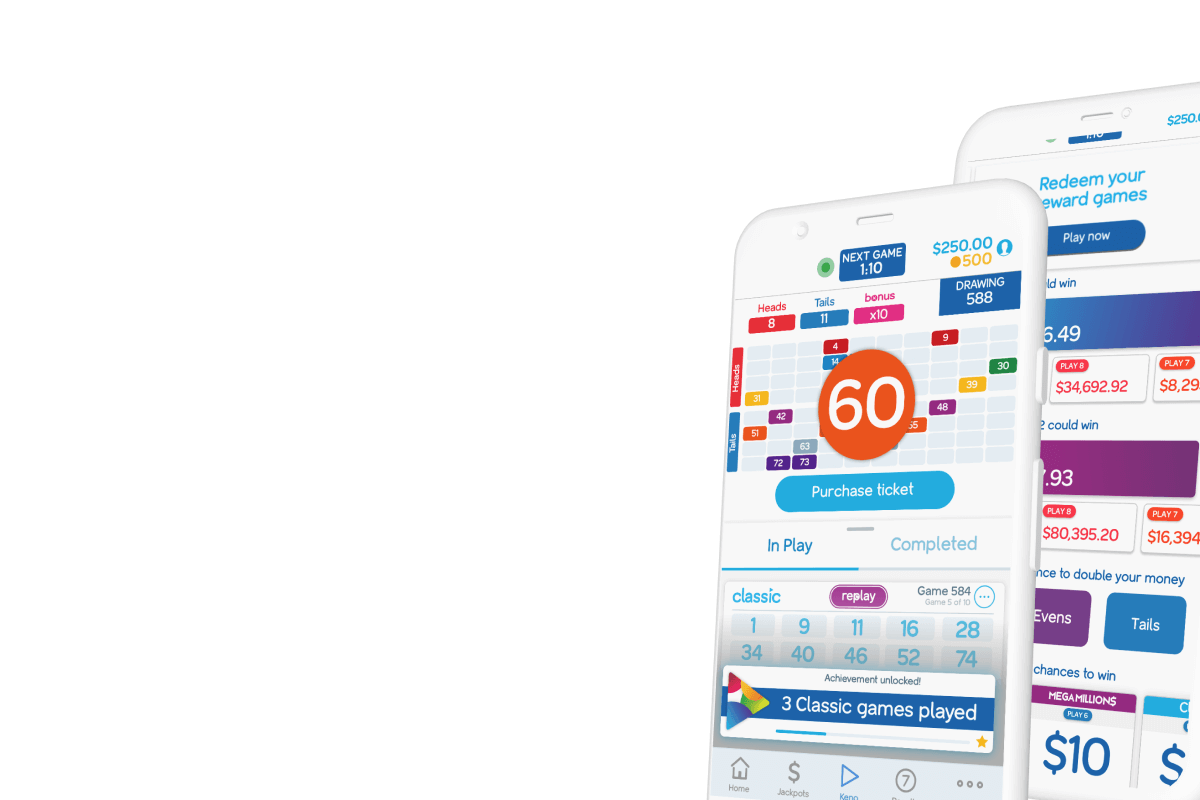 When I started at Tabcorp, my first assignment was to work on the Keno product - a retail-based lottery product. The team had just launched the first version of the iOS and Web applications for Keno.

After more than two years (and counting) of working on Keno, I've developed hundreds of screens, products, and features. Below are just a few highlights that I enjoyed working on.

What you're seeing is just a tiny snapshot of the work involved, but I'd be happy to talk through any of the features you're interested in.

Projects included in this case study: 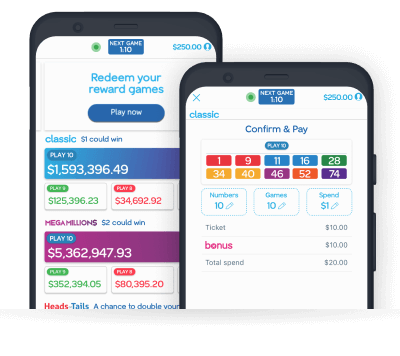 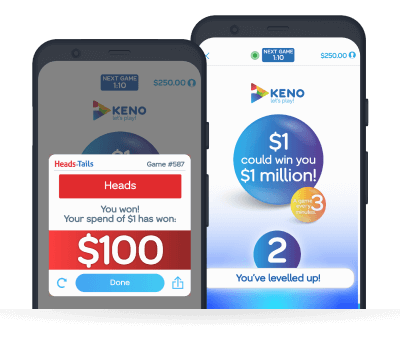 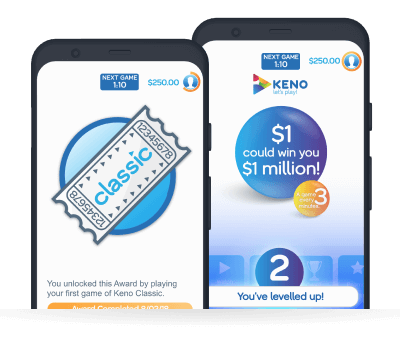 Role:
Team:
Timeframe:
Status:
UX Designer
2 UX Designers
Feb 2019- June 2019
Deployed
Shortly before leaving Tabcorp, one of my last jobs was to begin a full overhaul of the Keno mobile app's UI. The original experience was a mix of work done by an external agency, and a few key flows completed by the team's first UX designer. While it was functional, the current UX was feeling dated aesthetically, and many flows could be optimised.

Our original home screen was functional for the MVP version of the app, but the app had come a long way since then, and with more games and features added, we wanted to bring additional functionality.

We refocused the home screen on gameplay, using our jackpots and different game types as call to actions for our customers. This allowed them to get straight to playing from the home screen with ease. 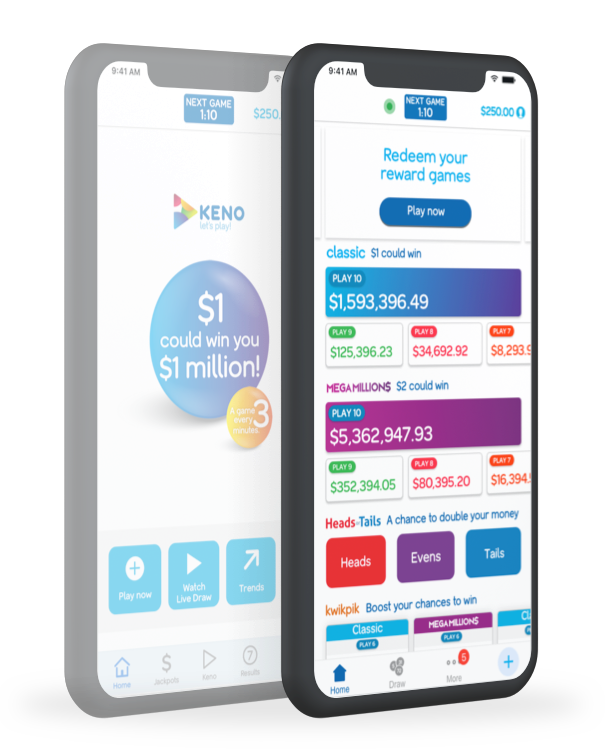 For the other 10% of users who were taking advantage of our less common features, we cleaned up our navigation. Instead of nested lists of features, we used the 'More' menu to highlight popular functions in the app.

The first iteration of the Bet Builder had been a 1:1 simile of the retail experience; a slow, multi-step process that felt like filling out a form - because that's what you do in a venue.

The all-new digital bet builder was a one-page solution that allowed customers to choose all their ticket variables in one place, instead of jumping backwards and forwards through a series of modals.

This change was prompted by requests from our customers, and tested extremely well. 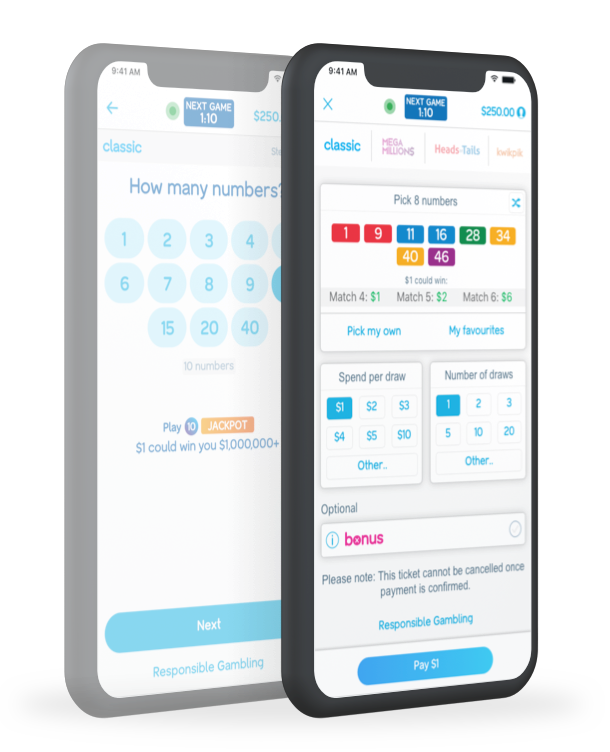 We'd noticed through analytics that User Onboarding was often ignored by our customers. When we spoke to customers, they indicated that the images were unhelpful, and that the text was to verbose.

To adjust, we simplified onboarding to just include a short single sentence. We modified the imagery to be screenshots from the actual app, to help indicate to customers what they can expect. 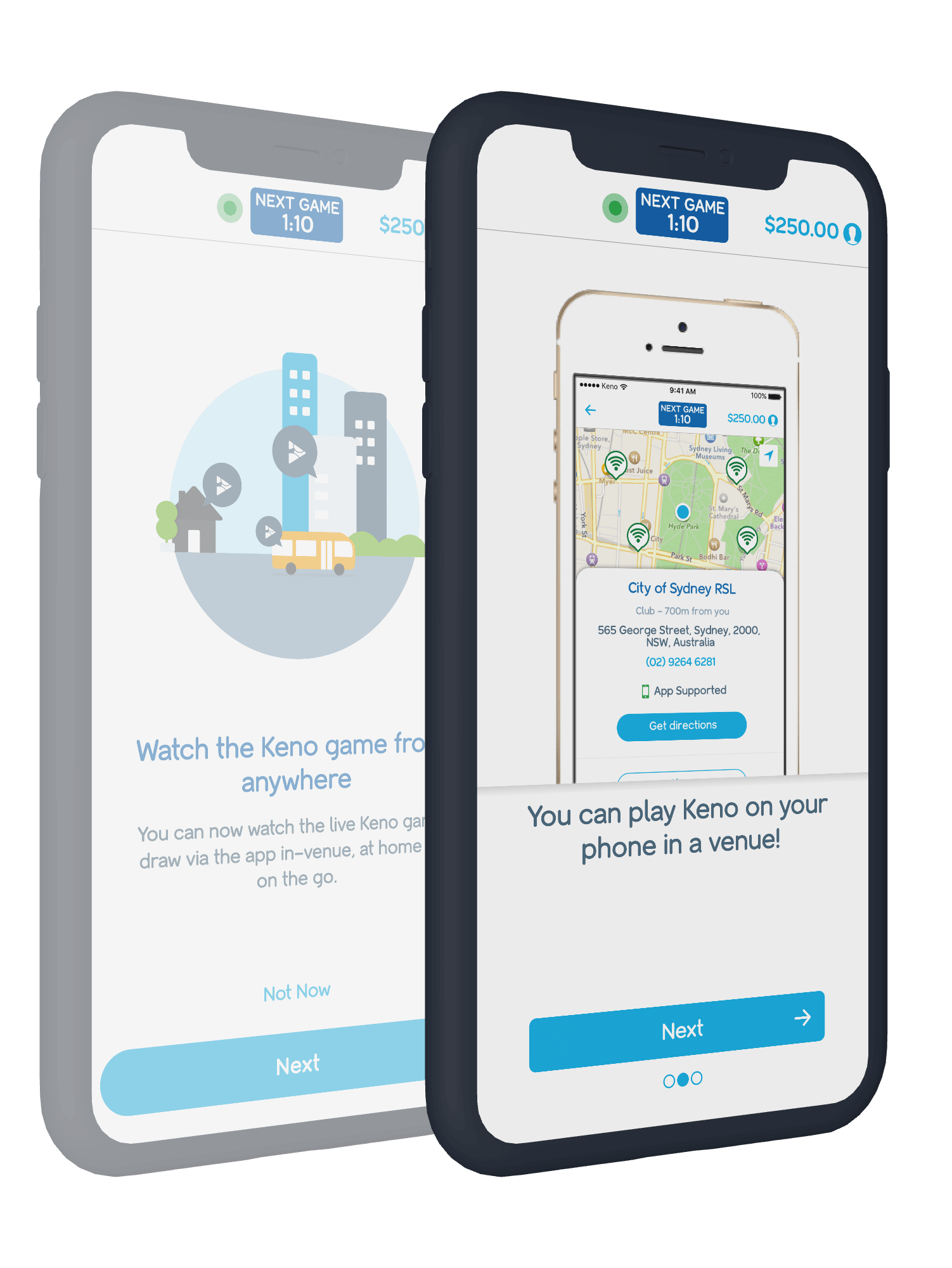 Each ticket a customer purchases become a hub for their gameplay. Part of the UX upgrade was to rebuild the digital ticket, giving it a facelift and building a flexible component that can integrate new features and information in the future. 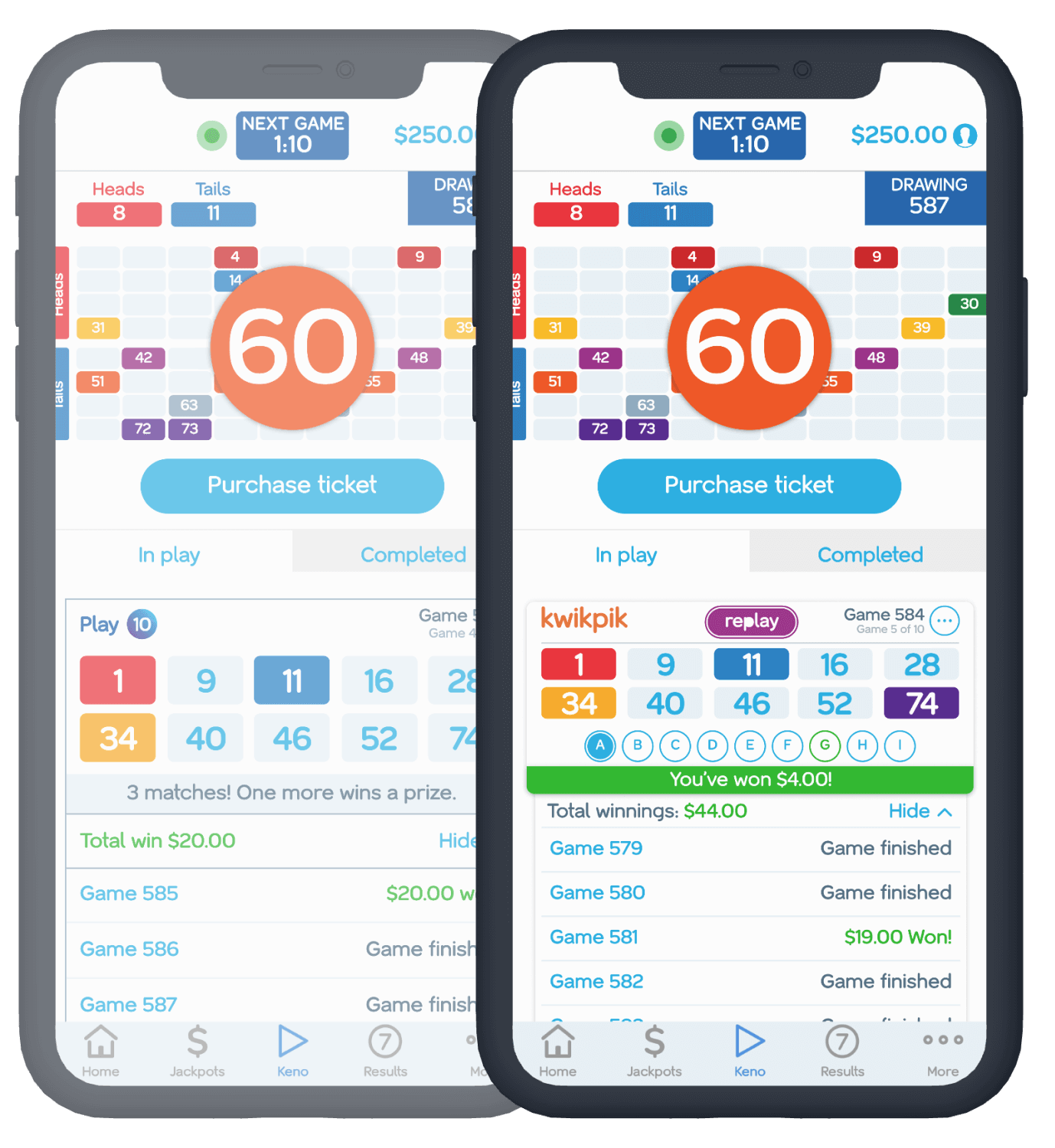 Keno is a lottery product, so naturally an enormously important part of the experience is when you win. Many users had told us that the winning experience was often underwhelming - so much so that they often missed the fact that they'd even won.

We embarked on a project to overhaul the entire winning experience, and to make sure we make it a big deal every time the player wins.

Our first iteration of the app was an MVP, and as such, the experience for a winner was relatively minimalistic. While you did receive a modal popup if you happened to be watching the game when you won, players who returned to check on resolved tickets didn't see anything particularly interesting other than a simple 'You won' dialogue.

The real demonstration of this issue came when our first issue won the jackpot, winning well over $100,000, without realizing it. 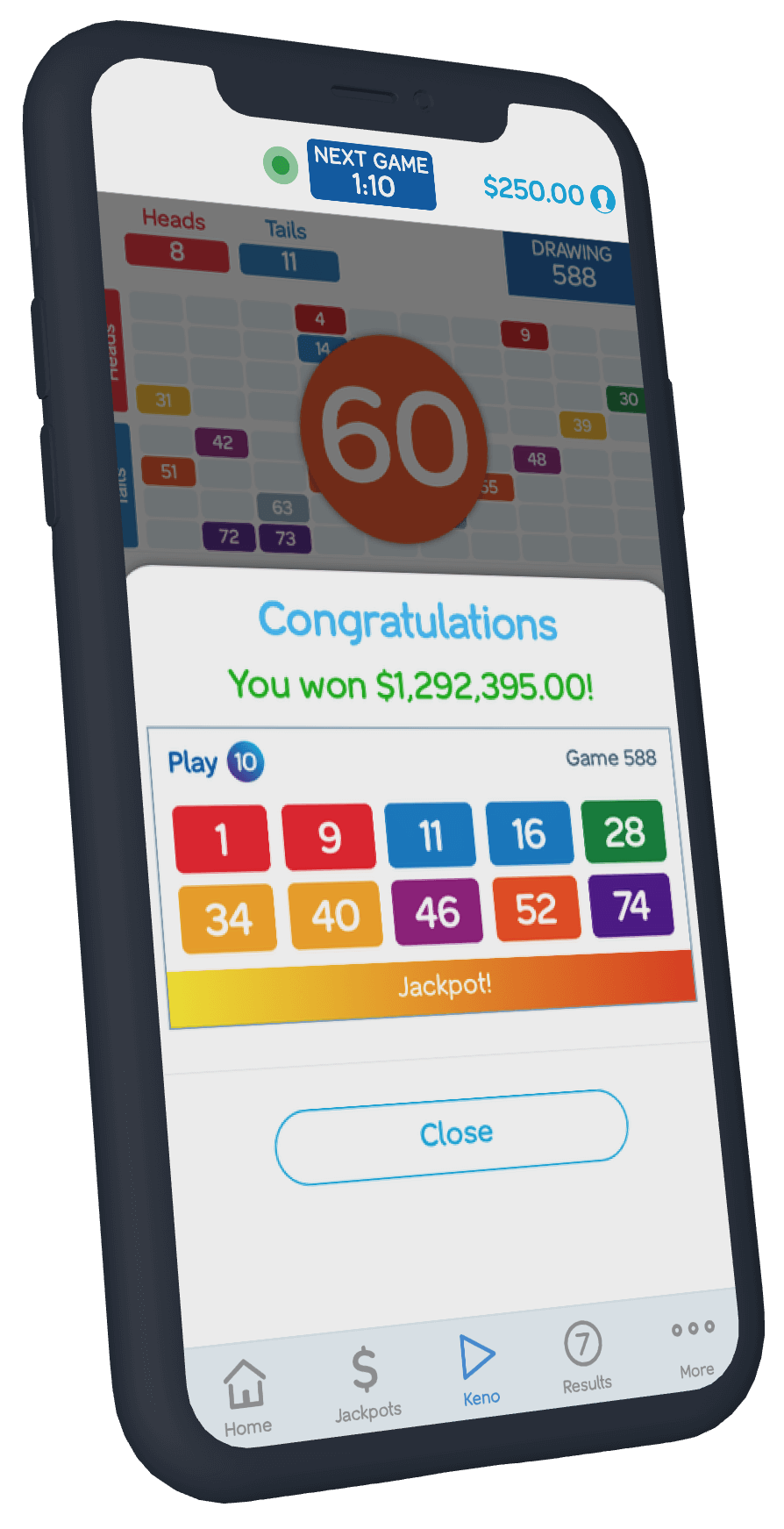 We first approached the experience for players returning to view previously resolved tickets, as this was the majority use case for most customers.

To give these players a sense of the same tension and excitement of watching the game live, I created procedural animations that would become more and more intricate and exciting as the winning amount raised.

We executed these animations using AirBNB's Lottie system, which allowed us to generate and display the animations at runtime, instead of prerendered animations.

For players watching the live draw, we replicated a similar experience.

Since we couldn't calculate ticket winnings until after the game was over, we instead indicated to the player the size of the win by escalating the state of their ticket.

Again, these were done at runtime, giving us the ability to generate dynamic, compelling animations.

As this work overlapped with the work we were doing on the user interface, it also gave us a chance to upgrade many of the UI elements across the app.

This feature was warmly received by our players, who finally felt like we were delivering an authentically exciting experience through the app. 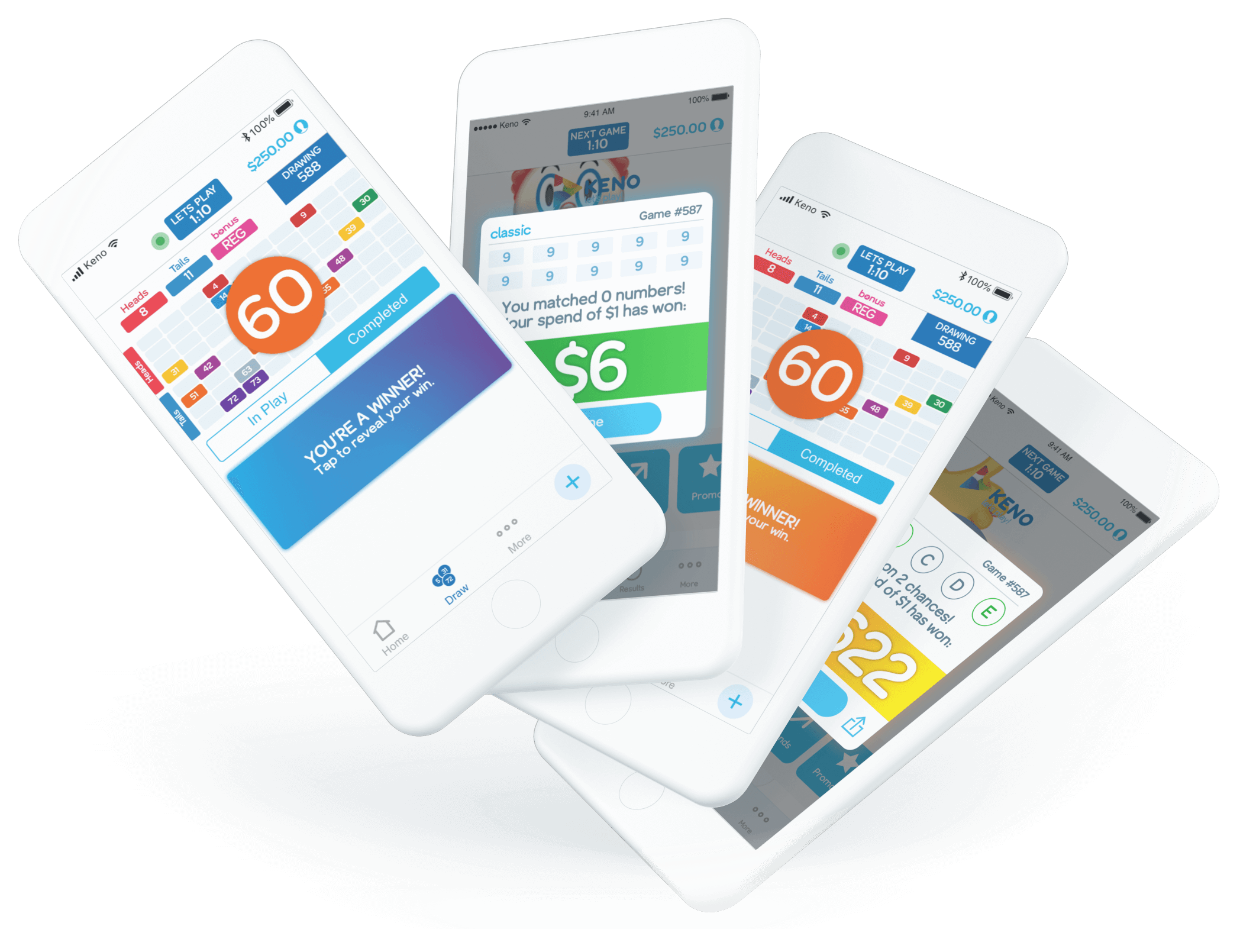 Rewarding all players, not just the winners

In interviews and surveys, players often explained that playing the game was the rewarding part, not just winning money. However, they also explained that the app rarely acknowledged them unless they won money, making the experience repetitive once you've played for a significant amount of time.

From speaking to customers, we discovered there was an appetite for more gamified rewards within Keno - giving customers goals to achieve and strive for beyond monetary rewards was something that they expressed was an exciting idea.

This concept of awarding regular activity wasn't a particularly new idea for mobile apps, but it was a foreign concept for those customers who only really played gambling products.

For that reason, we focused heavily on onboarding customers to the concept and the feature, so that it didn't cause confusion for our customers. We approached this educational element procedurally - as you progress through the feature, you are given piecemeal tips and notes on how it works. 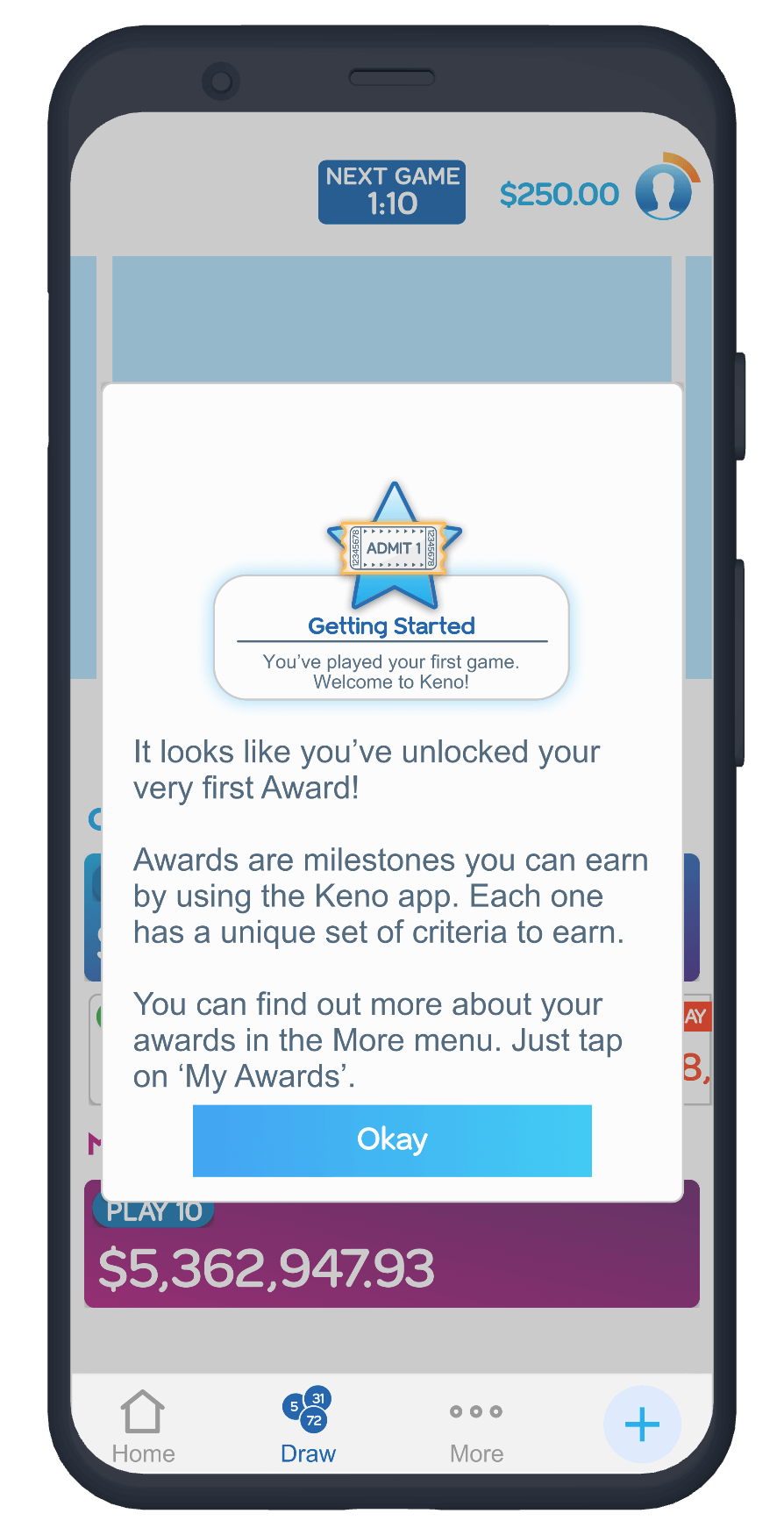 We wanted the act of gathering awards to be an aspirational element of the app, so we built a library feature that allowed customers to see what awards they had already earned, as well as what awards they could work towards, and their relevant progress.

This allowed our customers to plan their play, and gave them objectives to work towards as they played. 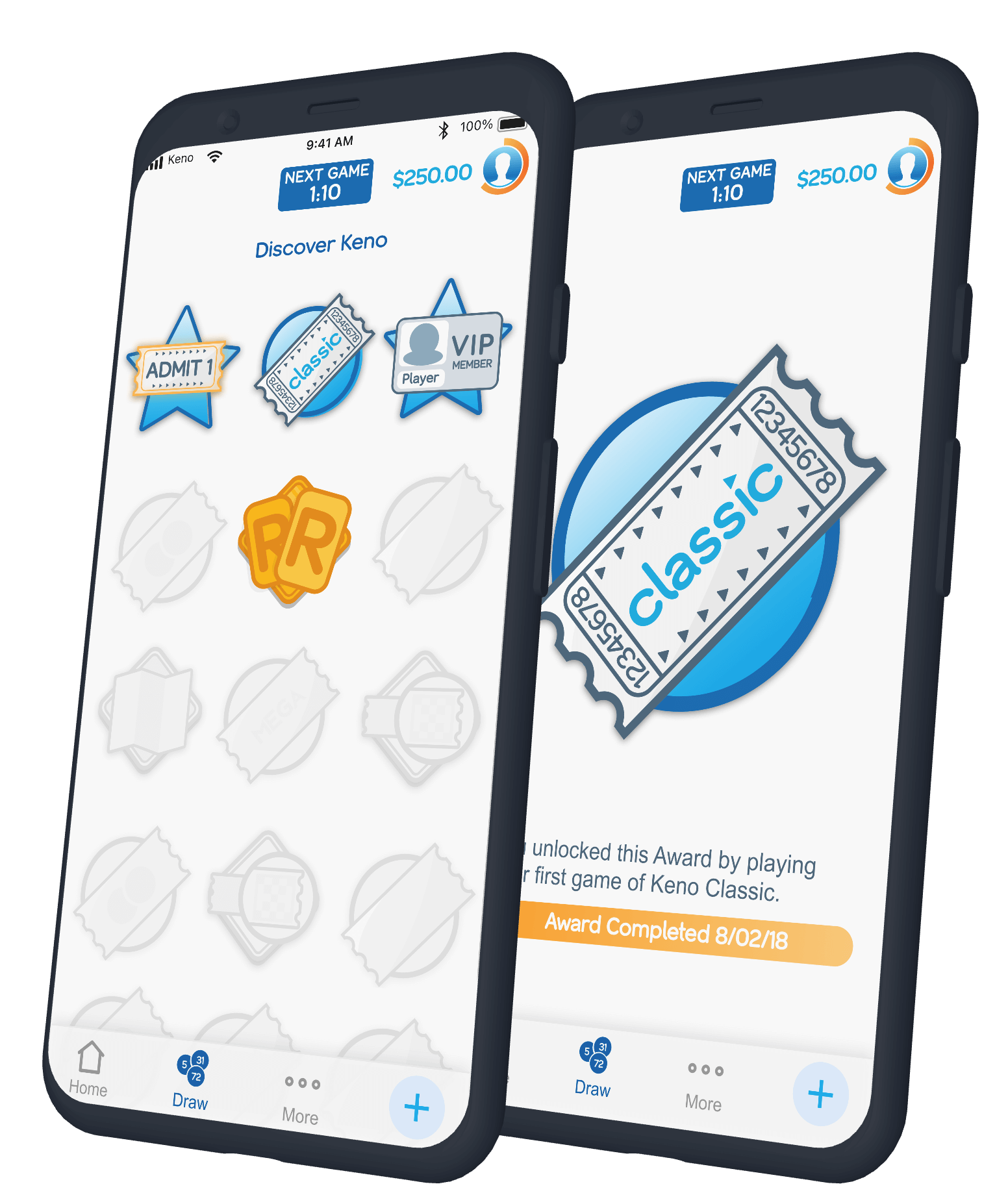 Keno's brand aesthetic is all about fun and colour, and we wanted to reflect that within the Awards feature. We weren't able to enlist a graphic designer for this project, so it fell to me to put together some iconography that we could use for each award. 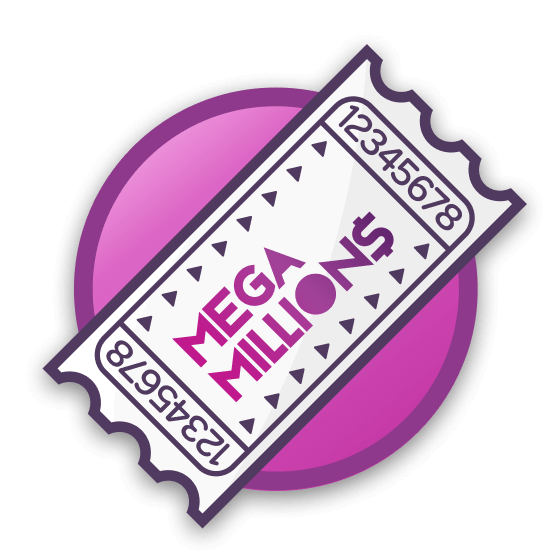 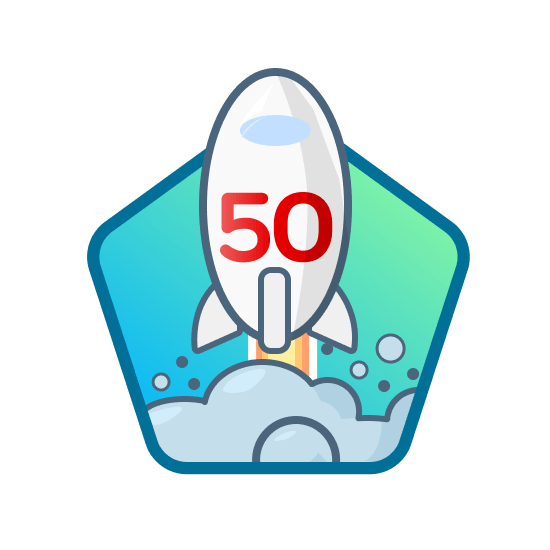 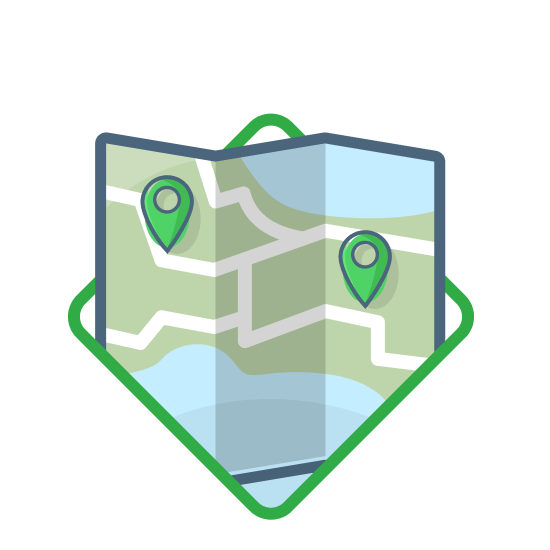 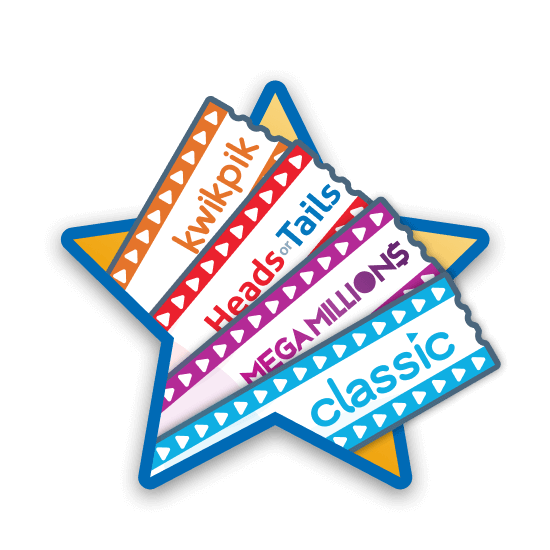 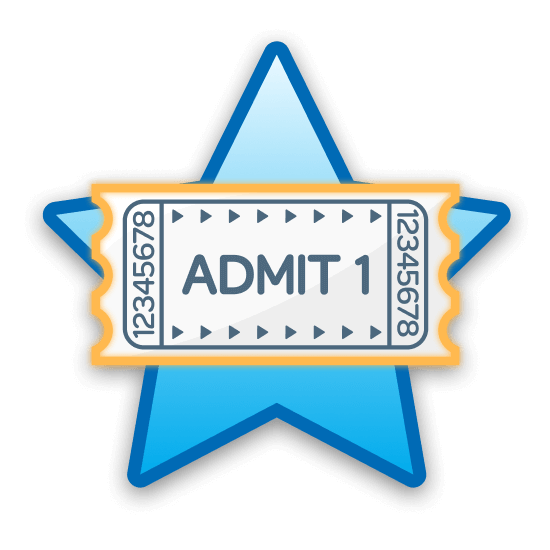 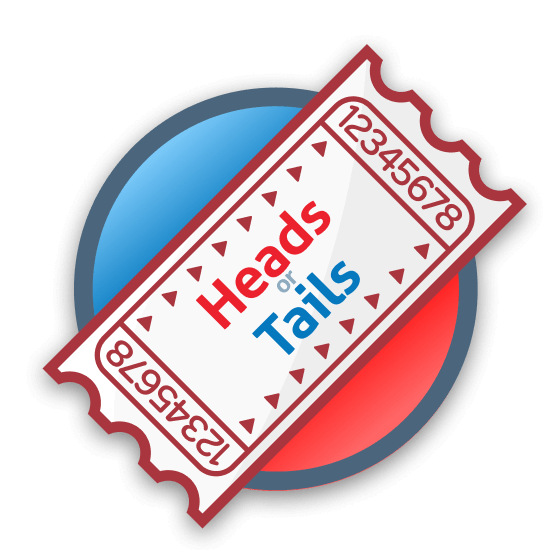 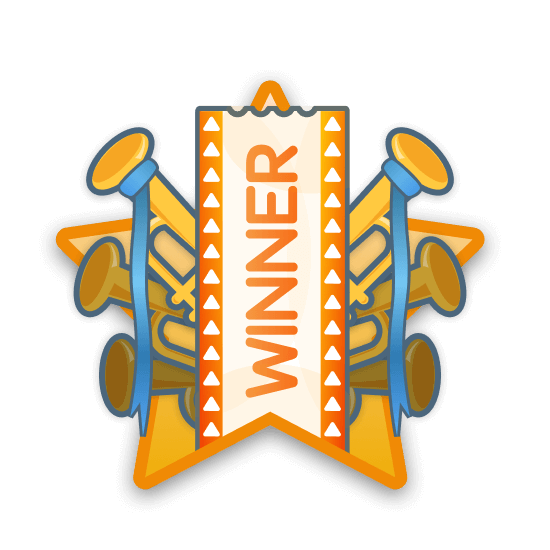 Once you've passed the tutorial phase, we wanted to make sure the app celebrated your success in a way that's exciting and glamorous, but doesn't interfere with the experience.

We designed some basic modal popups that showed your award and explained how you'd won it. The behavior of these modals was critical, and we made sure they would only trigger during moments where the customer is experiencing downtime, rather than in the middle of a game or during a win celebration. 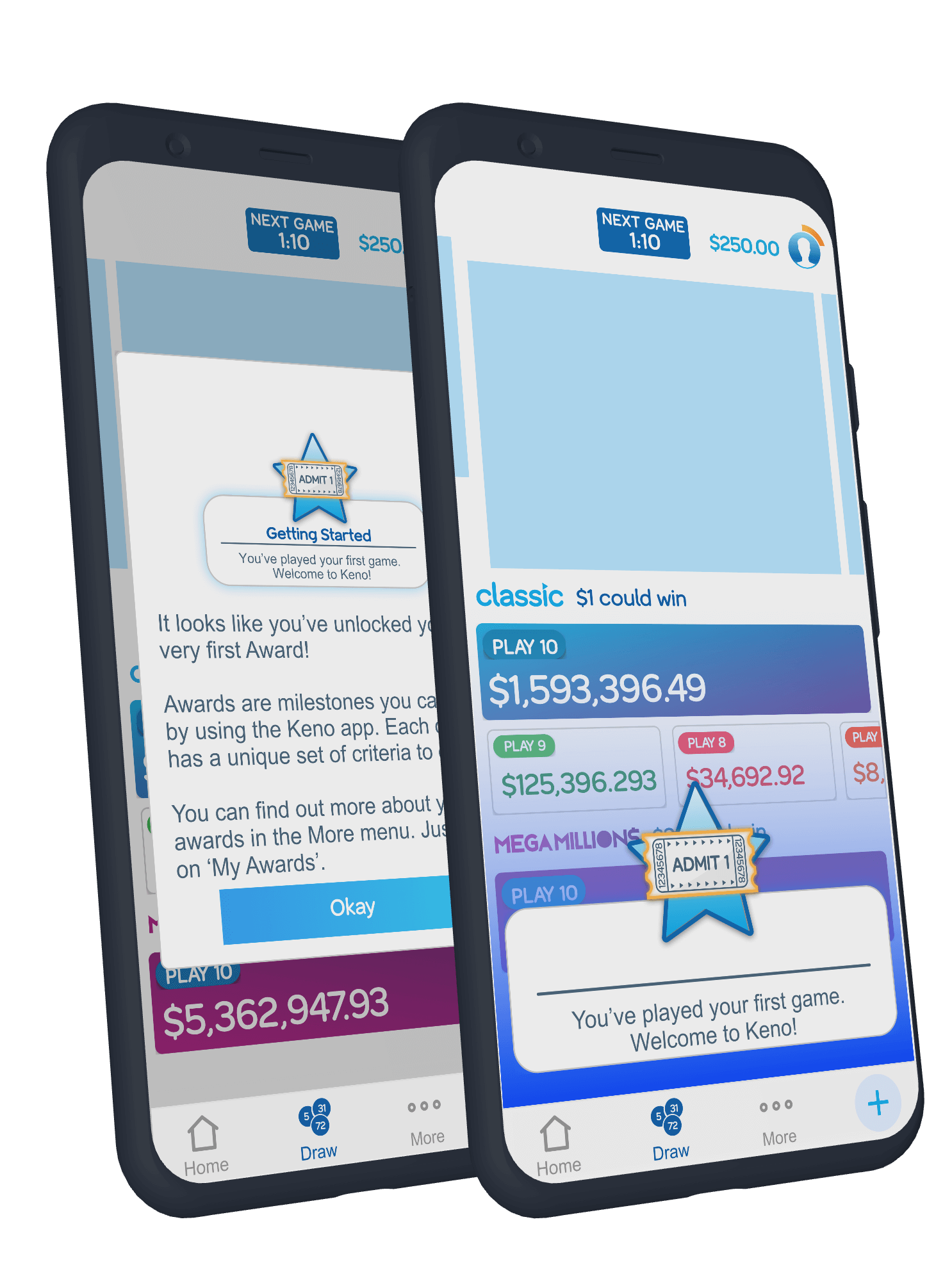 We also experimented with adding additional gamification elements, such as earning experience and gaining levels. We found that this didn't test particularly well with customers - they expressed confusion at the concept, as it was foreign to gambling. Furthermore, the feature was relatively arbitrary, as your experience didn't change when you levelled up - it was simply a number.

We eventually decided to shelf this feature until we were able to attach it to relevant rewards. 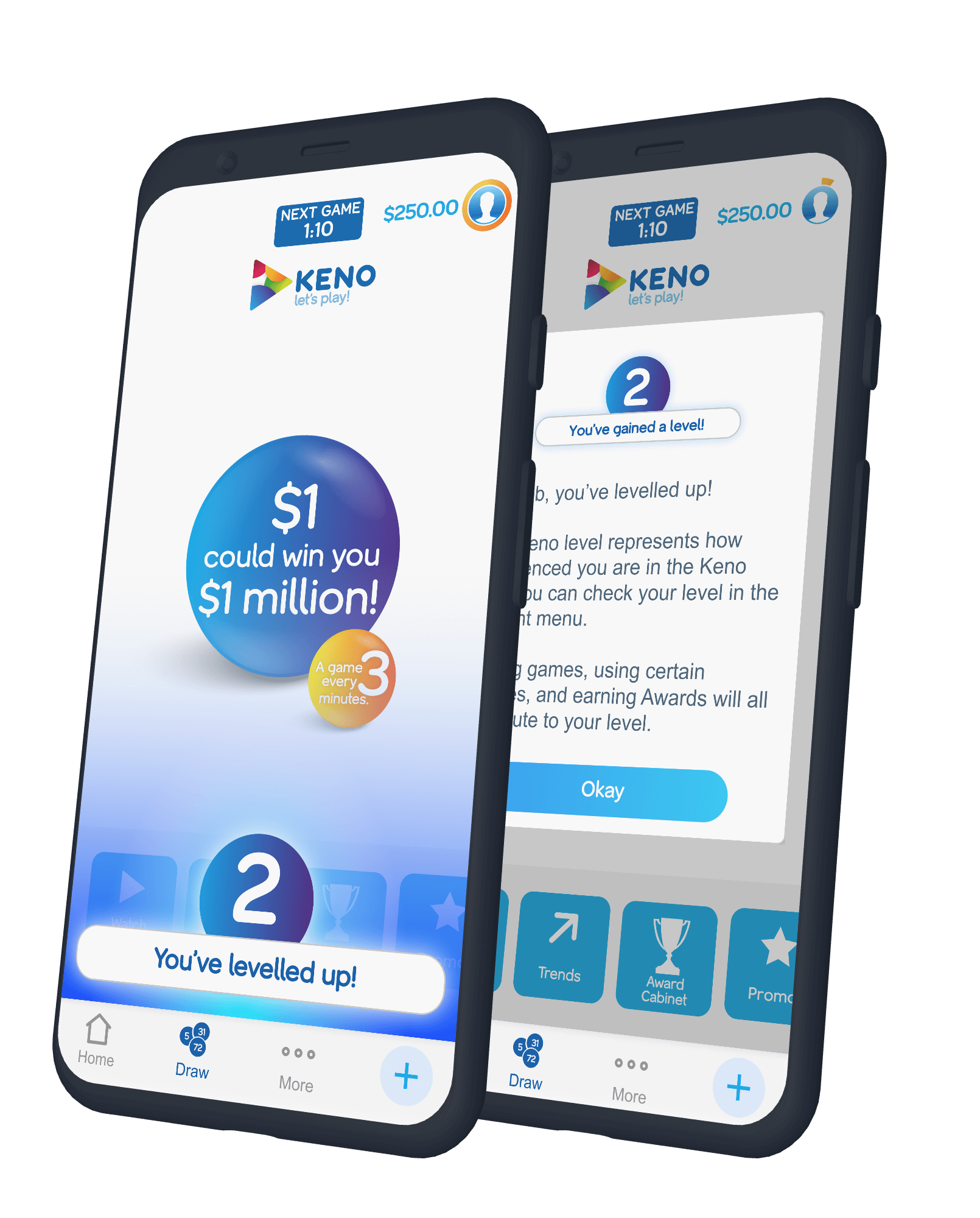 I spent over 3 years at Tabcorp, initially as part of the founding UX team, and later as a senior member. Through that time, I designed countless experiences for our customers across Keno, as well as work in other brands such as Sun Casino, Raceday Control, and the core TAB brand. It's too much work to include on this website, but I'm always keen to chat about it - feel free to get in touch if you'd like to know more!
Return to UX Case Studies